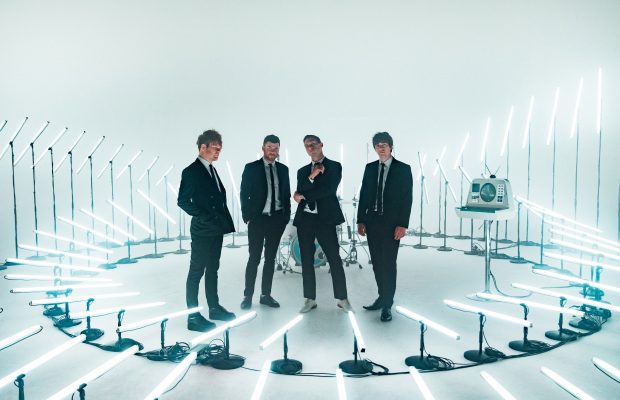 Whether it’s playing to an audience of tens of thousands like they do regularly around the world or just a few hundred for an intimate show, few bands can command a stage as powerfully as UK’s massively popular band ENTER SHIKARI. U.S. audiences will witness their close and personal side when St. Albans’ favorite sons come storming North America for a short run of dates on their Stop The Clocks North America Tour in September 2019. These twelve stops will be the band’s first shows this side of the Atlantic since Jan/Feb 2018’s tour on the back of their most recent album, The Spark. They will be joined by New Jersey’s celebrated CAN’T SWIM on all dates, except Chicago. The whole night will feature just the two bands, allowing both to perform full sets.

In keeping with the “deliberately intimate” nature of the band’s early 2019 excursions around the UK and Europe, the tour sees venues substantially smaller than would “normally” be booked for an Enter Shikari run in cities such as New York, Philadelphia and Toronto. With venues such as NYC’s Bowery Ballroom (cap.: 575), Philadelphia’s The Foundry (cap.: 450), and Chicago’s Lincoln Hall (cap.: 500), they will be playing venues that are almost 50% the capacity of their last t visits, giving fans the opportunity to experience the band up close and personal.  Tickets on sale this Friday, June 21st.  Check out the tour dates below.  You can stay up-to-date with the band and follow them via the following links.  Photo credit: Tom Pullen