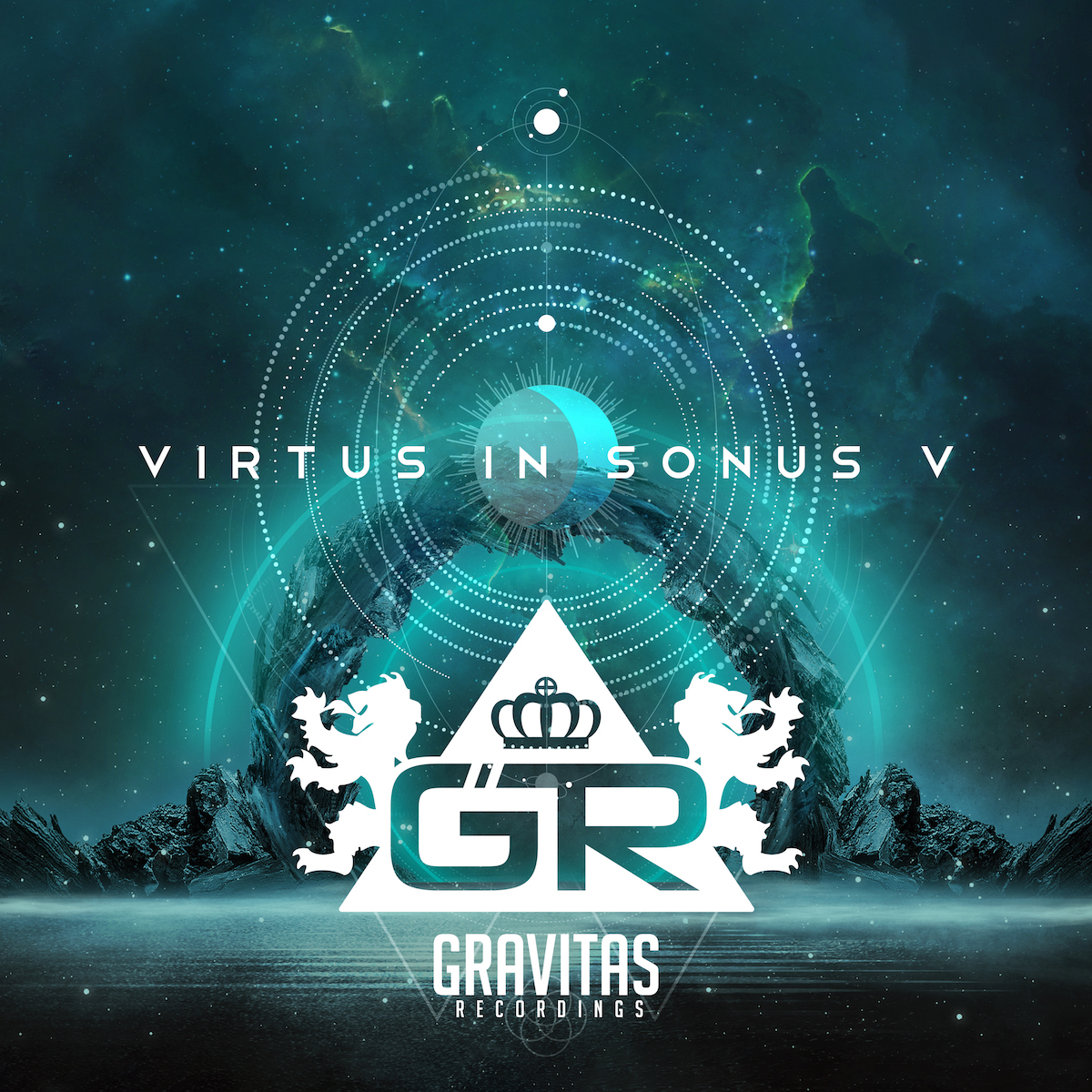 Gravitas Recordings is proud to present Virtus In Sonus for its fifth installation. This series was revived after a near four year hiatus to fulfill its founding mission: unite emerging and established Gravitas artists in a diverse, cohesive release. Virtus is an Ancient Roman virtue that represents excellence; Sonus is Latin for noise and is the root word for sound. Through our philosophy that vanity metrics are irrelevant to explore intelligent, excellent electronic music, Virtus in Sonus V strives to express integrity and meaning. True to its name, listeners will be exposed to a diverse compilation of 19 tracks that explores everything between thoughtful, emotional, and energetic electronic music. Lailoken whisks you away into a field of ethnic influences and danceable rhythms in “Saffron.” Illustrated  continues the worldly excursion in “Bamboo,” taking a more pensive approach with doses of captivating bass. Azuki’s remix of Aftrlyfe spotlights two dynamic rappers who sing of their “BetterPlan.” Gravitas Create winner NokNok introduces listeners to meditative soundscapes before he begins to “LightItUp” into a cultural banger. Willdabeast enters the stage with a funky anthem that’s full of zestful and spirited instrumentation, the polar opposite of its “Meh” name. LilFish unveils his enchanting “Lotus,” a perfectly balanced hybrid between meditative and underground resounds. Red Giant Project showcases its “AllGold” masterpiece with reverberated fluctuations. BARDZ’s “Theogony” pays tribute to the gods through nostalgic guitar solos and thoughtful musical interpretations. Featuring the angelic vocals of Sink and soothing violin strings in “I Stay Open,” B3K deeply contemplates on focus, work, and hope.

Dorfex Bos and Patches O’Malley question “Is It So” within subterranean and galactic frequencies. Sullust confronts his “Monolith” in a reflective, ethereal confrontation. Featuring the vocals of Reilly Comisar, “NeverEver” tells the tale of Comisar’s wonky exploration of foreign species beyond our solar system. Falling back to Earth, RANSOM accompanies us on a mission to the deepest sunken chamber in “Spelunker.” As you explore the vast cavern, DELTA nine and Sayzar detect a pre-historic “Relic” of unearthly space chops. Buzz Junior is “Filthy As Eva” in a series of vibrations and alien samples. Father Bear escorts us to the dance floor in “OneTime” as inequalities are strived to be eradicated. LWKY and Jake Walker resume the interstellar travelin “Skysetter,” navigating through the Milky Way’s most intricate paradoxes. Shakti encourages everyone to “JustBreathe” in a transcendental and vigorous flight to tranquility. Providing a satisfying soulful house conclusion to the eclectic compilation, Drishti Beats and DAYZ yearn to explore the world of divine secrets in “Find Your Way.”  You can follow Gravitas Recordings as stay-up-to date on all upcoming music and news, as well as stream and purchase Virtus In Sonic V, via the following links: