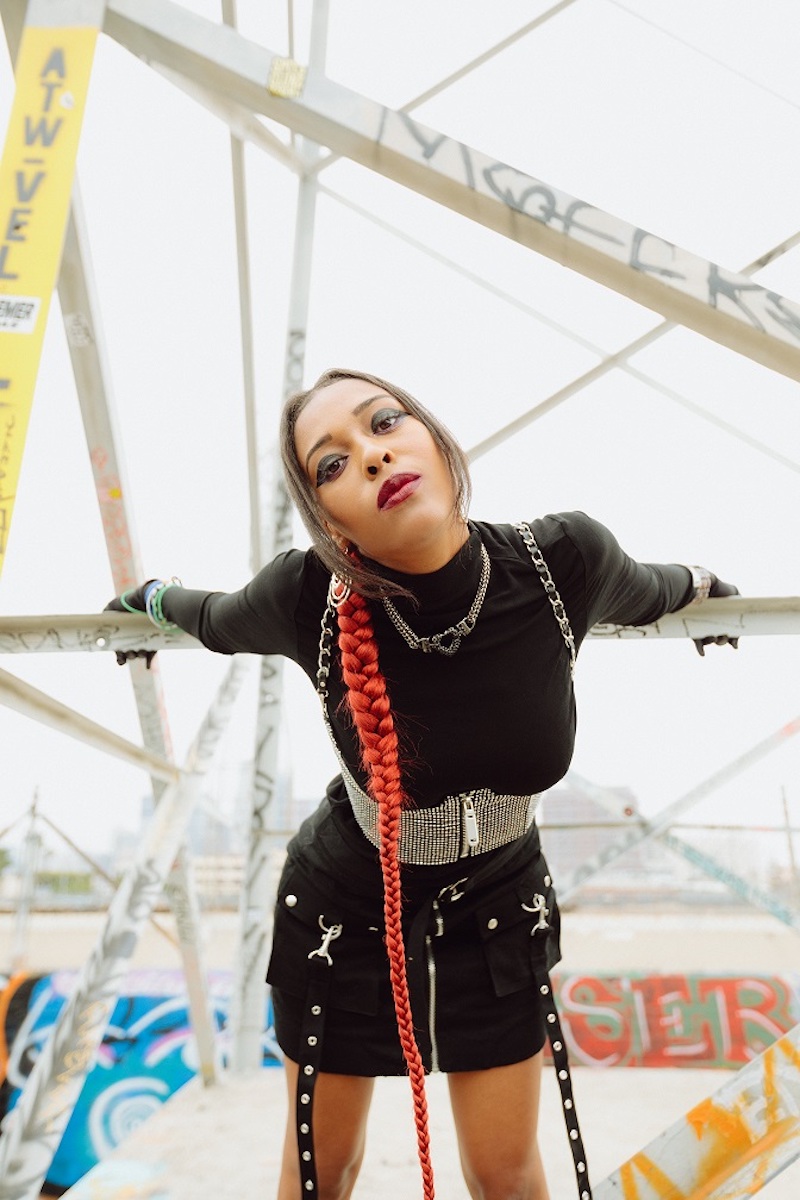 Rising singer, lyricist, and performer BriaR has released her debut autobiographical single “Breathe Fire,” along with its intergalactic, trance-inducing music video, the first single off of her debut EP Finding BriaR out this fall. The track details BriaR reminiscing about leaving a message on her lover’s answering machine, revealing her deepest secrets and expressing her fear of being misunderstood. Finding BriaR is the debut EP from the multi-talented newcomer who grew up in a family of artists, musicians and entertainers, an ambitious musical hybrid that coins a brand-new genre — psychedelic soul — combining R&B, hip-hop and dance with art-rock, punk and hooky pop. BriaR’s breathy vocals are at once sensuous and intimate, creating a vibe that seduces our ears, while stimulating the body’s instincts to get up and move.

“The song came about during the pandemic. I was going through a tough time and I felt as though I wasn’t being heard. I created ‘Breathe Fire,’ an autobiographical record, explaining who I am and what I can bring to the table,” shares BriaR. “Although the record contains personal lyrics, I still wanted this to be a groovy track that makes you want to dance, hence the bass heavy record in the background.”
The daughter of legendary rapper Mack 10 (also known as part of Westside Connection alongside Ice Cube and WC) who also has a stepmom in T-Boz of TLC, BriaR can dream big because she comes from a family that has turned their own ambitions into reality. Growing up in the environment she did helped mold BriaR’s eclectic musical tastes, which incorporate not only the vintage old-school gangsta rap — but also New Wave (“Alanis Morrissette was a big influence in middle school”), grunge (Nirvana), punk (Green Day), pop (Gwen Stefani and No Doubt), rock (Fleetwood Mac), R&B (Michael and Janet Jackson, Aaliyah was “a big influence,” Beyonce, Shakira, TLC). BriaR wrote the lyrics for the songs on the EP, recording them at home with her younger brother, rapper District 21, very much in the style of personal favorites like Billie Eilish and Finneas or, as she notes, fellow Calabasas residents Willow and Jaden Smith. “I have been obsessed with music since I was two years old,” she says of her upbringing around Topanga and Calabasas. “I remember Ice Cube coming to the house and me wanting to sing for him on the little karaoke machine my dad bought. For my brother and I, there was no other option. This is who we are.”  With Finding BriaR rolling out its five individual tracks this fall, BriaR is ready for the next step of her rise to stardom. “Recording this was like my therapy and it still is my therapy,” says BriaR. “The EP is about discovering the different sides of this individual. These songs helped me realize everything I want.”  You can connect with BriaR via the following links:
Instagram | Spotify | iTunes/Apple Music | YouTube | Tik Tok