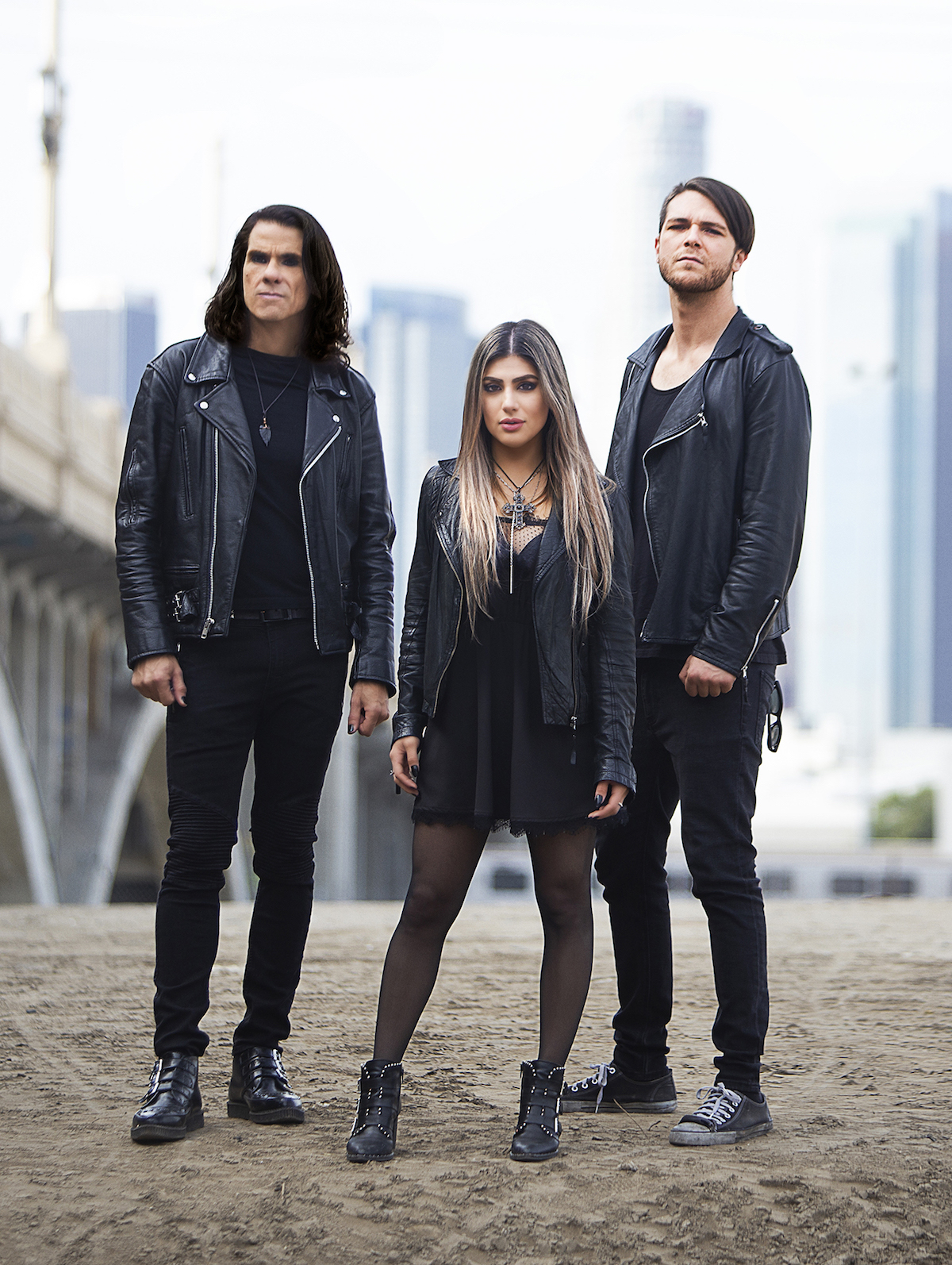 Los Angeles based Chainflower create music they label as “savagely unique”, their personal brand of insightful modern rock.  Their aggressive sound has been hailed as a modern rock and roll cocktail sparkling with influences of Led Zeppelin, Evanescence, Paramore, Stone Temple Pilots, The Dead Weather, The Pretty Reckless, Black Sabbath and The Runaways.  They were destined for rock stardom long before they signed a distribution deal with Universal Music Group Distribution/Hood Associates Records and racked up positive reviews in the press with only a handful of songs out at the time.  After releasing two critically acclaimed EPs, they became “a modern touchstone for a new crop of rock artists,” as College Music Journal noted, adding that “the blast radius of Chainflower is expansive.”  Inspired by rock icons Led Zeppelin, Blondie, Siouxsie and the Banshees, Killing Joke, Soundgarden, Queens of the Stone Age, Iggy Pop and more, Chainflower guitarist, songwriter, producer and founder Kelly Wheeler created a vision of music and art that has driven the new band to major recognition in the music industry.  Kelly has also gained success with recording and live appearances alongside other legendary artists from iconic bands including Jane’s Addiction, Berlin, Tool and Guns ’N Roses.  Kelly is also the artist and director of Chainflower visuals from album art to concert posters to music videos.

Kelly’s recent search for a new singer led him to acclaimed vocalist, songwriter and recording artist Syd Duran, and after writing and recording new songs scheduled for release this year, Kelly and Syd were introduced to drummer Raanen Bozzio, son of drumming legend Terry Bozzio, by good friend and world-renowned drummer, Ryan Brown, who suggested that Raanen join them on Chainflower’s journey.  Chainflower’s music is a collection of soul-baring, youth and female-driven rock about empowerment, restlessness, and self-image, that captures the fleeting, ultimately beautiful uncertainties that come with growing up and beyond.  “Rock hasn’t always been inclusive, but there are certainly strong women that kicked in doors for bands like us,” Kelly and Syd say.  “We believe that now is the greatest time in rock for amazingly talented women and the talented men who recognize them.”  Chainflower recently released their new single “Brave”, describing it as “an expression of empowerment and determination and about not letting anyone or anything hold you back, regardless of how challenging life can be. It’s about calling on the incredible strength within us to push through any limits.”  You can follow Chainflower and stay up-to-date on all upcoming music and band news via the following links: