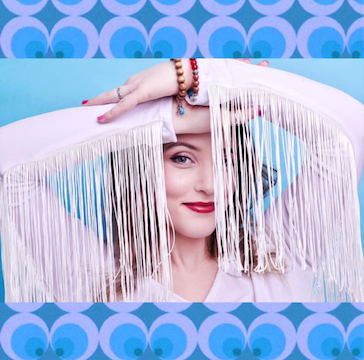 Gracie Nash is a singer/songwriter based in New York City. Gracie was raised on Classic Rock radio and has been in love with the golden eras of the ‘60s and ‘70s ever since. By tying together poetic lyrics, enchanting harmonies, lush orchestrations, and catchy melodies Gracie weaves musical stories through song.  Her songs perfectly showcase her musical influences that include Billy Joel, The Beatles, Motown, Disco, Joni Mitchell, Carol King and ELO.
Her talents came full bloom while in college and she graduated from NYU Steinhardt with a Master’s Degree in Songwriting.  Since then, Gracie has been a featured singer with the string group Little Kruta, and a featured artist with the New York Nashville Connection. Today, outside of her artist’s career, Gracie is a private guitar/voice/ukulele/songwriting teacher, and a Teaching Artist with the Metropolitan Opera Guild.

Today sees the release of Gracie’s new single “Better Off” with an accompanying video.  Says Nash,

“I wrote “Better Off” while recovering from a super difficult breakup.  I needed an anthem to remind myself how of strong I am as a single woman…and this song did the trick!  The music video was such a blast to film.  I got to live out all of my 1970’s glamorous fashion fantasies.  I hope that “Better Off” can bring a sense of joy and self-love to all my gorgeous listeners!”.   You can follow Gracie Nash and stay up-to-date with all upcoming artist, music and tour news via the following links:
Website | Facebook | Instagram | YouTube