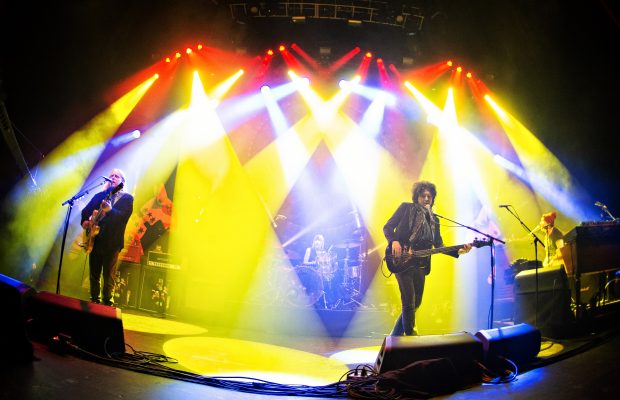 Gov’t Mule has released their brand new trailer for Bring On The Music – Live at The Capitol Theatre. Directed by renowned music photographer and director Danny Clinch (Pearl Jam, Bruce Springsteen, Foo Fighters, Phish), the live album and film will be released June 28th and features more than 5 hours of live music, a full-length concert film, interviews with the band, behind-the-scenes footage, photos shot by Danny Clinch over the years, and more! This is an incredible release allowing fans to experience a Gov’t Mule show from the comfort of their own home and the trailer gives a bit of insight for what to expect.

Bring On The Music – Live at The Capitol Theatre is out June 28th via Provogue / Mascot Label Group. The film was captured in a 9-camera shoot during two special nights at The Capitol Theatre in Port Chester, NY, in April 2018.  A wide-ranging song selection from Gov’t Mule’s acclaimed catalog is featured on the releases, which will come in a variety of configurations (2 CD/2 DVD deluxe package (the CD and DVD feature entirely different track lists,) two separate double-vinyl packages, digital, Blu-ray and a 2-CD package (featuring audio from the film). Inviting longtime Mule photographer and friend Danny Clinch to direct the film was also something of a destined choice, as Clinch’s relationship with GRAMMY Award-winning vocalist, songwriter, producer, and revered guitarist Warren Haynes pre-dates the band’s formation. A wide-ranging song selection from Gov‘t Mule‘s acclaimed catalog is featured on the releases. The band has galvanized a global fan base with their honest, organic and daring music and improvisational virtuosity, leading them to be recognized as one of the most timeless, revered and active bands in the world whose spot amongst rock titans remains unshakable. Fans who PRE-ORDER the live album/film package will receive an instant audio download of the live rendition of “The Man I Want To Be“, in addition to “Traveling Tune (Alternate Version)“, and the release’s live rendition of “Life Before Insanity“.

Led by GRAMMY Award-winning vocalist, songwriter, producer, and revered guitarist Warren Haynes, 2019 finds Gov’t Mule heading into its 25th year. This special package is the first time Gov’t Mule’s updated stage set and production has been filmed and will really excite the fans!  You can follow Gov’t Mule and stay up-to-date with all upcoming shows and music, as well as stream and purchase their music via the following links.  Check out the trailer for their upcoming film and live album below, as well as their upcoming tour dates.