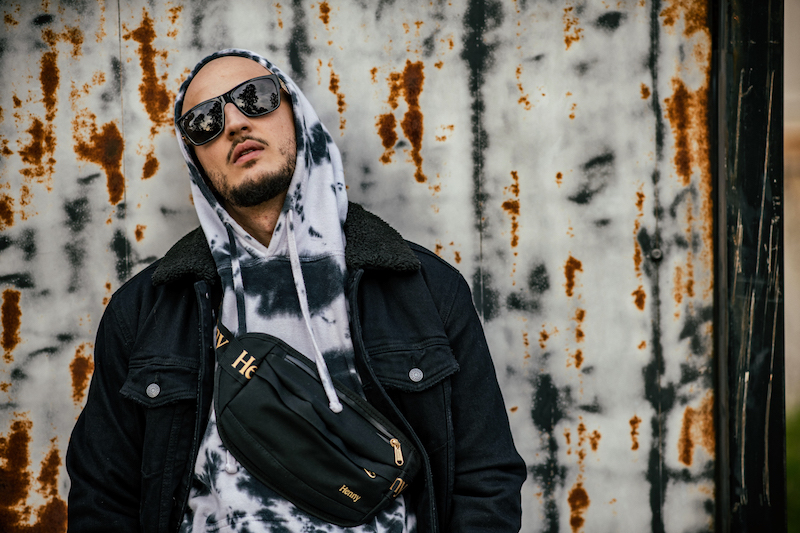 Emerging from the shadows of the underground, Northern California based electronic music producer MiM0SA, real name Tigran Mkhitaryan is proud to announce the release of his latest single “Freak.” The track is the third single release featured on his long-awaited, forthcoming album release Psychedelic Stereo VOL. II. A follow up to MiM0SA’s beloved original 2010 Psychedelic Stereo, Volume II was created as a gift to the fans that have been following him since Day One. The album celebrates the evolution and growth of his creative artistry over the course of the last decade. Emotive and grimy, “Freak” starkly contrasts from the first two lead singles featured on Psychedelic Stereo VOL. II with its dark leaning vibe, hypnotic rhythms, rolling bass lines, and nostalgic vocal sample taken from the iconic 1996 Wayans Brothers film Don’t Be a Menace. Accented by celestial synths, “Freak” serves as a powerful reminder that we can find light and joy even in the darkest of circumstances. “Freak” will be followed by the official release of the highly anticipated Psychedelic Stereo VOL. II, out Friday, December 11th on Alpha Pup Records.

“As the third single, “Freak”  juxtaposes the two lead singles with its more wild, celebratory vibe. I got inspired to create this track when I was rewatching “Don’t Be a Menace” during quarantine. I thought it would be nostalgic and funny to sample that film for anyone that grew up in that era.” -MiM0SA

Recorded in 2019, Psychedelic Stereo VOL. II is a celebration of life, friendship, travels, struggle, self-discovery, failure, nostalgia, perseverance, redemption, love and death. “It was a heavy year for me to say the least,” says MiM0SA. “I spent a lot of time recovering and getting sober and reflecting on the last 10 years of my life.” He also lost his two best friends within six months of each other, taking their deaths especially hard. Created as a form of musical therapy, the album commemorates the lives of his two close friends while ushering in a new era of the MiM0SA legacy. VOL.II harkens to the wisdom gained since the release of the original Psychedelic Stereo, revisiting the nostalgic vibes of the earlier era of MiM0SA with its myriad of musical flavors and influences.

Hailing from California, MiM0SA has traveled all over the globe for over a decade, playing shows from The United States to The United Kingdom, Canada, and Australia. His live performance caught the attention of the noteworthy blog SPIN Magazine, who named him as one of the “Top 10 Acts at Bonnaroo.” MiM0SA has also graced the stage of noteworthy festivals such as Coachella, EDC, Made in America, Ultra, Beale Street, Noisy Neighbors (UK), Sunshine Festival (OZ), and Red Rocks just to name a few. Tirelessly pouring his soul into this body of work, his ingenuity and production prowess are undeniable. Whether it’s big bass lines, sultry melodies or left field music that just can’t be defined, MiM0SA continues to be a staple in the underground bass scene.  You can connect with MiMoSA and stay up-to-date on his upcoming album release via the following links: