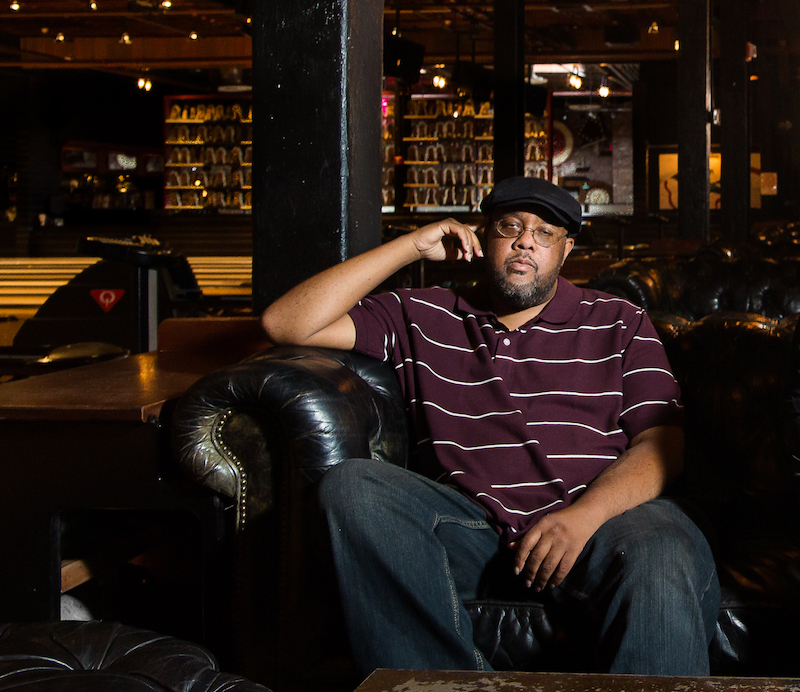 When iconic emcee Gift of Gab passed away on June 18, 2021, he left behind not only an impressive legacy of music as one-half of Blackalicious and his own solo material but also a wealth of unreleased music, which includes Finding Inspiration Somehow, an album originally scheduled for release this Summer but was moved to September 10, 2021 due to his untimely death.  “Vice Grip,” the first single from this posthumous album via Nature Sounds Records, was released on August 17th.  “My brother, the Gift of Gab, is in peak form on ‘Vice Grip’,” says Lateef the Truthspeaker, one of Gab’s closest friends.  Like Gab, he was part of the influential SoleSides Records crew that grew out of the fertile Oakland, CA hip hop scene, of which Blackalicious, Lyrics Born and DJ Shadow were all a part.  He adds. “His flow is mathematically fierce, his tone gruff and aggressive.  The song is relentless and compelling from start to finish.  In short: he’s rapping his face off.”  Jumbo of Lifesavas was also part of that same collective and had toured with Gab and Blackalicious.  He adds, “One of Gab’s many signature styles that he delivers on ‘Vice Grip’ is his fully-charged, uncompromising, perfected precision that we explored on his song ‘Aspire’,” referencing a track that he and Gab collaborated on.  “This is classic Gab destroying emcees, taking all challengers… my brother Gift of Gab’s legend in its purest form.”  “‘Vice Grip’ isn’t the type of beat that I would normally send Gab, but I’m glad I did because he absolutely destroyed it in my opinion,” remembers Nick Andre who produced “Vice Grip” as well as Finding Inspiration Somehow.  “I remember him hitting me back on the phone shortly after I shared the beat with him saying that he was about halfway done writing to it and asked if he could come over the following day after dialysis to record it.  I’ve never met anyone that had that same kind of drive and passion for what he did as Gab did.”

Succumbing to natural causes two months ago, Gab was a soft-spoken and kind-hearted soul who was loved and admired by many.  Those who knew him closest also saw him as a fighter, having battled kidney disease for seven years before getting a transplant in January 2020.  With the operation a success, he worked hard to recover quickly and, even throughout the pandemic, always focused on the creative pursuit and getting back out to perform and interact with his fans.  “He was very proud of this album and played it for me in my car before the COVID lockdown was implemented,” recalls Lateef.  “It was great then and it’s great now, which was his greatest Gift.”  Praised by All Music Guide as “one of the very finest MCs to ever pick up a microphone” and Pitchfork for his “astonishing verbal dexterity and enunciation”, Gift of Gab was best known for being one half of the Bay Area’s celebrated hip-hop duo Blackalicious who was part of the influential and celebrated crew Quannum that included brothers Lyrics Born, Lateef the Truthspeaker, DJ Shadow, Lifesavas, and Joyo Velarde.  A force of nature whose phenomenal lyrical flow was matched by his lyrical speed and precision, Gab was a beloved artist not only within the San Francisco Bay Area but within the music pantheon that extended far beyond the rap world. A genial and peaceful soul, he was embraced for not only his art but for his heart as well.  “Being able to watch Gift Of Gab work was always inspiring,” concludes Andre.  ”He was a  true master of his craft, always showing up eager and excited with pages full of lyrics that would blow my mind every time.”  While his physical presence may have left this world, Gift of Gab leaves over 100 tracks of material.  “Our brother was an MCs’ MC who dedicated his life to his craft.  One of the greatest to ever do it,” says his Blackalicious bandmate and lifelong friend Chief Xcel (Xavier Mosley).   “He’s the most prolific person I’ve ever known.  He was all about pushing the boundaries of his art form in the most authentic way possible.  He truly believed in the healing power of music.  He viewed himself as a vessel used by a higher power whose purpose was to give positive contributions to humanity through Rhyme.”  Photo credit: Nicole Mago.