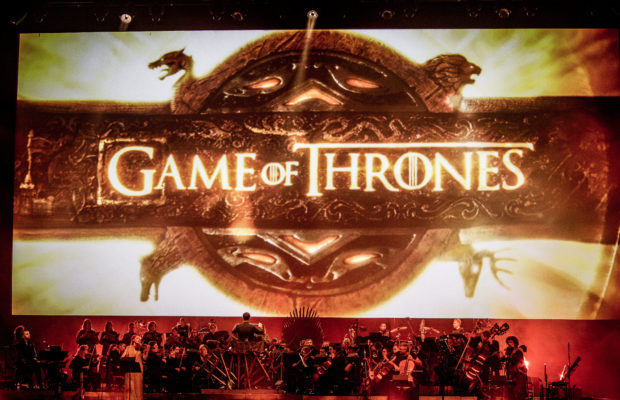 On September 16, 2018, Ramin Djawadi, the composer of all of the music for Game of Thrones and Westworld, conducted a live symphony orchestra performing the Game of Thrones Live Concert Experience at American Airlines Center in Dallas, TX. The symphony consisted of a full orchestra, members of the Dallas Chamber Choir, and spotlight vocalists, cellists, pianists, and violinists. Ramin conducted the orchestra through years of beloved music that provided the soundtrack to Seasons 1-7 of Game of Thrones. With a screen behind the orchestra playing the scenes that the music was originally behind in the show, this environment brought all Game of Thrones fans together as they cheered for their favorite characters and booed their favorite villains. Ramin was very interactive with the audience, explaining how he wrote some themes, what instruments he used to create what sounds, and even played the harpsichord, electric guitar, and piano during some scores. Looking around the arena you could see fans dressed up in costume, wearing their favorite Game of Thrones merch, or even dressed to the nines for a night at the symphony. The environment was very welcoming and gave every Game of Thrones fan a sense of nostalgia as they sang along to the theme song and wept along to the sad themes. All in all, the Game of Thrones Live Concert Experience was an absolutely thrilling night with incredible costume, aesthetically pleasing visuals, and beautiful music.