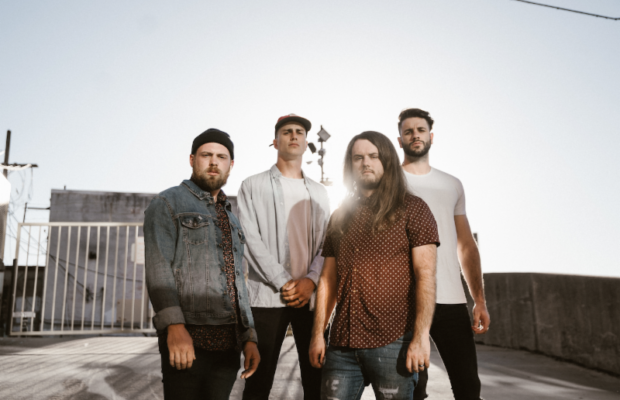 Dallas, TX based metalcore band, Fit For A King, have released a new music video for their song “The Price of Agony” off their forthcoming album Dark Skies out September 14th via Solid State Records.

“The song is about the political divide not just in America, but around the world,” states vocalist Ryan Kirby about the track. “And how this divide has caused us to not just disagree with others, but to despise people with differing views, even though outside of politics, we all have more in common than we allow ourselves to believe.”

The album, which was recorded, produced, and mixed by the legendary Drew Fulk (I Prevail, Motionless In White, Memphis May Fire). The album is available for physical pre-orders now and will be available for digital pre-order starting on July 13th. Check out the band’s physical pre-order bundles on MerchNow here.
The four-piece will be hitting the road for their 2018 North American summer headline tour in support of the forthcoming release. The massive tour will kick off in Austin, Texas on July 18th and will wrap in Jacksonville, Florida on August 14th. Like Moths To Flameswill be direct support to Fit For A King, with Currents opening the show. For more information or to purchase tickets visit the band’s website here.
Fit For A King was built with bootstrap ethics and do-it-yourself vigor. On the strength of self-released material, the group joined Solid State for a string of successful albums that connected with the downtrodden and dispossessed. Creation/Destruction (2013) debuted at Number 6 on the Hard Rock chart. Slave to Nothing (2014) cracked the Top 50 of Billboard’s Top Current Albums. Deathgrip (2016) climbed to Number 5 among Hard Rock Albums. Now, with the band’s forthcoming release, Dark Skies, on the way, Fit For A King is looking to, once again, dominate the hard rock/metalcore scene.
Fit For A King is Ryan Kirby (vocals), Bobby Lynge (guitar), Jared Easterling (drums), and Ryan “Tuck” O’Leary (bass/vocals).