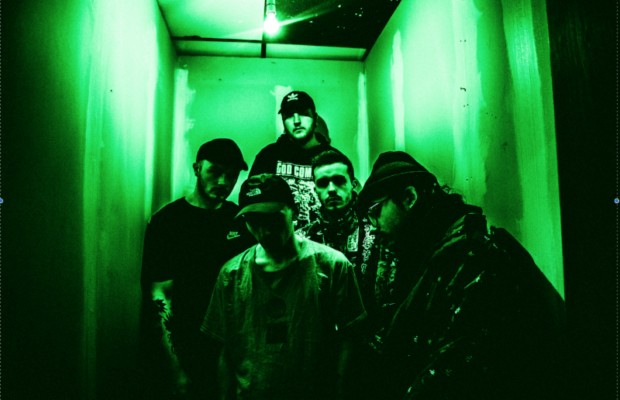 Hailing from the streets of Glasgow, Lotus Eater formed in 2016 after parting various projects to create a gloom force to be reckoned with. The quintet combine remorseless, down-tuned groove and claustrophobic atmosphere to utterly traumatizing effect.  In just two years of forming, the band has already dropped a successful debut self-titled EP (2017) that has won them legions of fans. The band has also gone on to tour with the likes of Bad Omens, Oceans ate Alaska, Loathe, Heart Of A Coward, Traitors and Secrets. They are only just getting started.

The Scottish gloom-metal band recently signed to Hopeless Records and today they released a single titled “Break It”, with an accompanying music video that you can view below. With the release of this new single, Lotus Eater have become the first heavy British band to sign to Hopeless Records in the labels 25 year history.

Watch the “Break It” music video below: