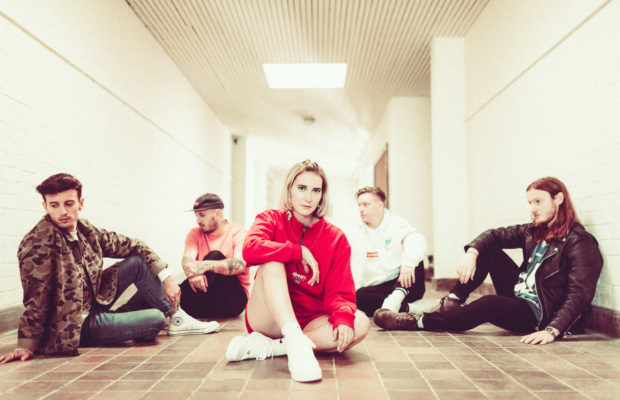 British indie-pop band Fickle Friends, have teamed up with Amber Run to record and release a new version of their fan favorite song, “Heartbroken” — originally released off their debut album You Are Someone Else. The new duet, which Atwood Magazine describes as “a breathtakingly raw, stripped-down track full of devastating emotional power,” in their premiere is the third release from the new EP, following an acoustic release of “Say No More” and an alternative mix of “Wake Me Up. All three tracks comes from their forthcoming release You Are Someone Else (Versions), an EP featuring special versions of select tracks from the album.

Lead vocalist, Natti Shiner, spoke about the new track saying “Heartbroken has all sorts of meanings, but when we wrote it we were in a difficult headspace and kinda thought the music industry was out to get us. I know a lot of people have felt that way at some point, including our good friend Joe (from Amber Run). Asking him to sing this with me gave it a whole new feel, his voice is incredible and it made it more special because I think he could totally relate to the lyrics too.”

Fickle Friends will return toNorth America at the end of September. You can check out their upcoming tour dates below: