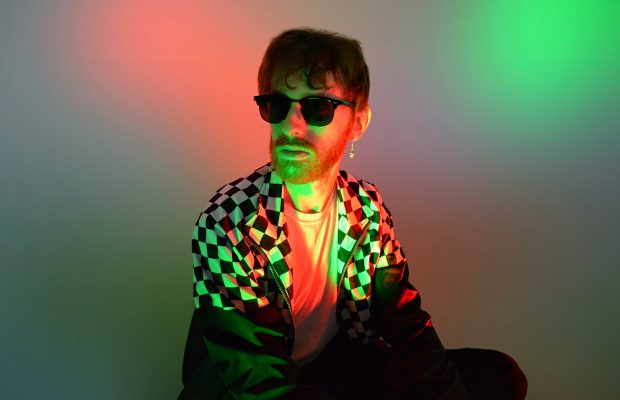 NYC rock/electronica artist Andrew Feyer, best known by the moniker Feyer, is a songwriter, singer, composer, producer and multi-instrumentalist with a vast musical experience that spans various genres.  He started composing instrumental pieces at a young age, later taking up drums, singing, playing guitar and songwriting.  He constructs his unique sound by combining personal yet theatrical lyrics with a classically influenced melodic and instrumental style, coupled with electronic-rock production. Key components of Feyer’s style are the merger of retro and futuristic sounds and the incorporation of visual elements into the mix, drawing great influence from nostalgic cartoons, video games, and live projections.  Feyer has showcased this music at many of the city’s well-known venues such as Mercury Lounge, Bowery Electric, Knitting Factory, and Sunnyvale to name a few.  When he is not working on his own music, Feyer can be found involving himself with other projects with a number of different artists and bands all across the music world. This includes recording, producing, and remixing other artists, songwriting collaborations, and composing and sound designing for films, shows, video games, commercials and audiobooks.
“I’m very excited to release the new music video for “Parties!” This video was one of the bigger productions I’ve done, and unlike previous music videos, I decided to get a bunch of friends involved. The video was directed by my college friend Bettina Campomanes (who also performs as a musician under the name Valiant Vermin). Since we were shooting on a Saturday night, we came up with the idea of throwing an actual party for this music video. With confetti and balloons! The song itself touches on the feelings of social anxiety and isolation that can come with going to a party, which is why I put on a mask in the video; sometimes at big social gatherings, I feel that I’m at my most confident if I’m hiding my face. Notice how the masked character starts off just looking around at other people having a good time, but then gradually becomes the center of attention at the party. I’m hoping that others will relate to that feeling of being alone in a crowd, yet simultaneously trying to have a good time. The shoot itself wound up getting quite chaotic because we had a four-hour time limit in the space, and real alcohol was in those cups, but it makes for a good puke-filled story”.  You can follow FEYER and stay up-to-date with all upcoming news, music and tour dates via the following links.  Make sure to catch his next show at Brooklyn Bazaar on July 2nd!  Check out the event page HERE for all info and ticket information!
Bandcamp | SoundCloud | Spotify | iTunes/Apple Music | Website | Facebook | Instagram | Twitter | Tumblr | YouTube