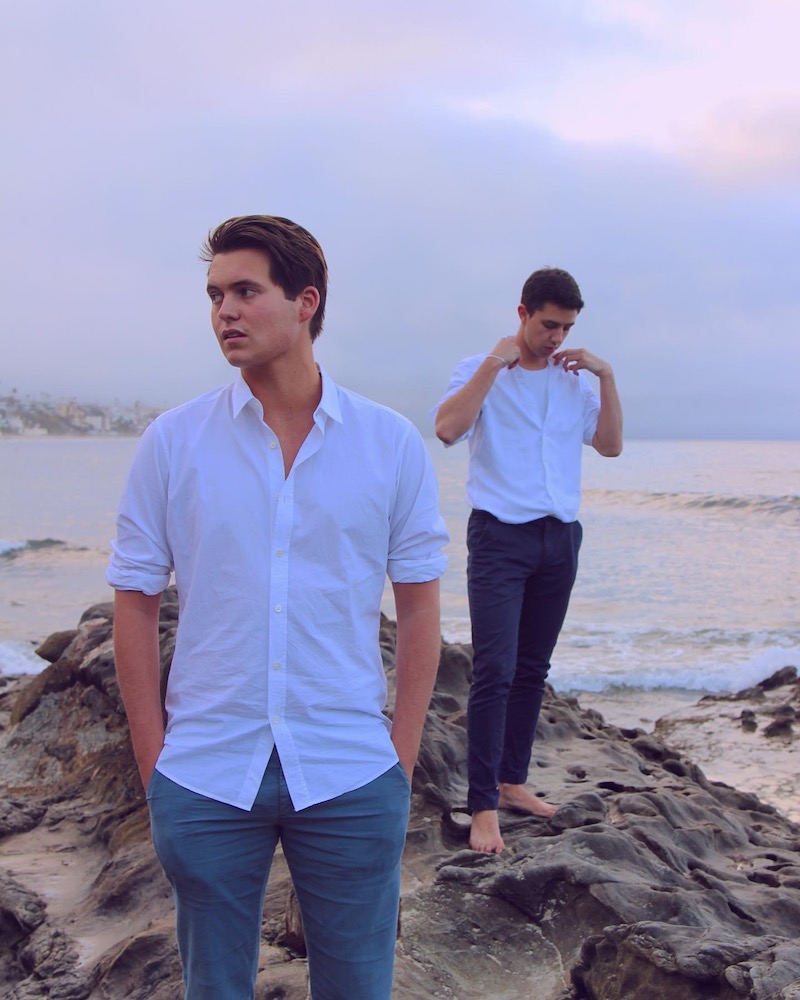 Rising pop singer/songwriter Rudy Touzet has released his new single and lyric video for tropical dance track “Contigo” ft Teddi.  The infectious bilingual dance track which beckons the heat of a dance floor is a care-free record about getting out on the floor with that special someone. Rudy wanted to release the song on Cinco De Mayo as the holiday has always been a big celebration for him, especially when he is back home in Miami and wants to give listeners a track to dance, drink and sing to for this year. This new version, a revamped and remastered take on his debut single, features bold and addicting instrumentation as well as a brand new verse from Teddi.  From initially recording the track in their dorm room under a blanket to finishing the new version in a studio has been a full circle moment for these acts to watch.  “When I listen to “Contigo” I picture myself on a boat with my friends and family. I really wanted to keep this song very close to home and have the guitar and bass bring me back to the boat days and dance floors in Miami,” shared Rudy. “I really want listeners to just break out into dance with their friends and sing the lyrics. I wanted this song to be fun, catchy, and make you feel free!”
With catchy lyrics, danceable songs, and a growing fanbase, the 21-year-old Miami-born Cuban/American singer has all of the makings of a pop act to watch. Over the past year, Rudy has released music with producers Luke Shrestha and Simon Jay who he met at Charlie Walk’s Music Mastery Studios that have amassed almost one million views and 30K monthly listeners on Spotify with intentions set to evoke pure emotion from his listeners with every release. “Contigo” is the follow up to Rudy’s sexy and electronic dance track “Play Me Again” which details the feeling you get when you’re with someone and you never want that moment to end, just like when you have that one song you can’t take off of repeat because it’s just that good.  At the top of the year, he released his sultry dance pop track “Fatal Attraction.”  Inspired by an experience of spending the night with a woman twice his age, the pulsating track details his attraction to someone who knows their worth, what they want, and will make sure they get it.  His previous 2020 singles such as “Take It As a Win” which was written after an argument with a friend and “I Don’t Know” which navigates the complexities of a new relationship have organically garnered almost half a million streams and counting.  Rudy describes himself as a “shy guy” who gets along with everyone while still being able to maintain his awkwardness. “Music is the only thing that gets me out of reality when I need it the most,” he shares. “I want people to feel my voice and either dance it out, cry it out, or sing it out.”  You can connect with Rudy Touzet via the following links.  Photo credit: Chambolion Fairley.
Website | Facebook | Instagram | Twitter | Spotify | SoundCloud | iTunes/Apple Music | YouTube | Deezer