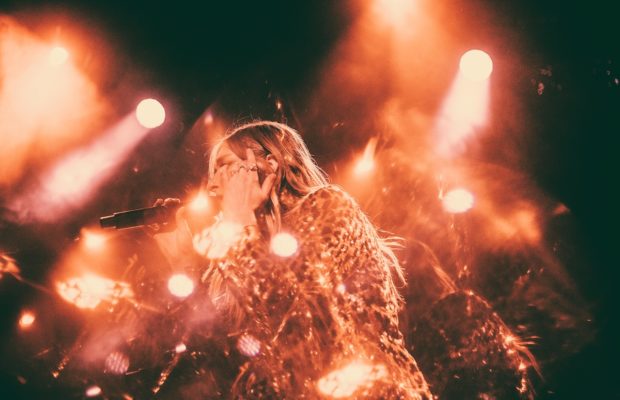 It is no surprise that in the city that never sleeps there are plenty of ways one could spend their friday night. Despite the countless clubs, bars, and concerts in the city a large crowd packed into the Music Hall of Williamsburg; selling out the second to last show of Verite and Tigertown’s North American tour.

Brooklyn stands a great distance from where Tigertown reside; regardless, the Australian band exuded confidence and transformed the stage into their home away from home home. What captured how down right fun and entertaining Tigertown’s set was, was when lead singer and certified bad ass, Charlie Collins, felt comfortable enough to sing and dance around with a tambourine on her head.

Throughout their set the band treated the audience to their discography of dance-worthy and anthemic tunes; but nothing beats the reaction when the first notes of “Lonely Cities” broke out. The tune, which has over 10 million plays on Spotify, encouraged fans, both on the floor and mezzanine, to dance all the trials and tribulations of the week away.

As Tigertown left the stage, to the delight of the audience, the party did not stop. Bursting onto the stage in a sparkly cheetah print suit jacket, Verite stood out amongst the dazzling lights. Kelsey Byrne, who uses the stage moniker Verite, entered the music scene in 2014 with the release of her EP Echo, and garnered even more attention as she covered the 1975’s “Somebody Else”. Her voice, both energetic yet smooth, wooed the audience into oblivion and left everyone satisfied with their night of live music.