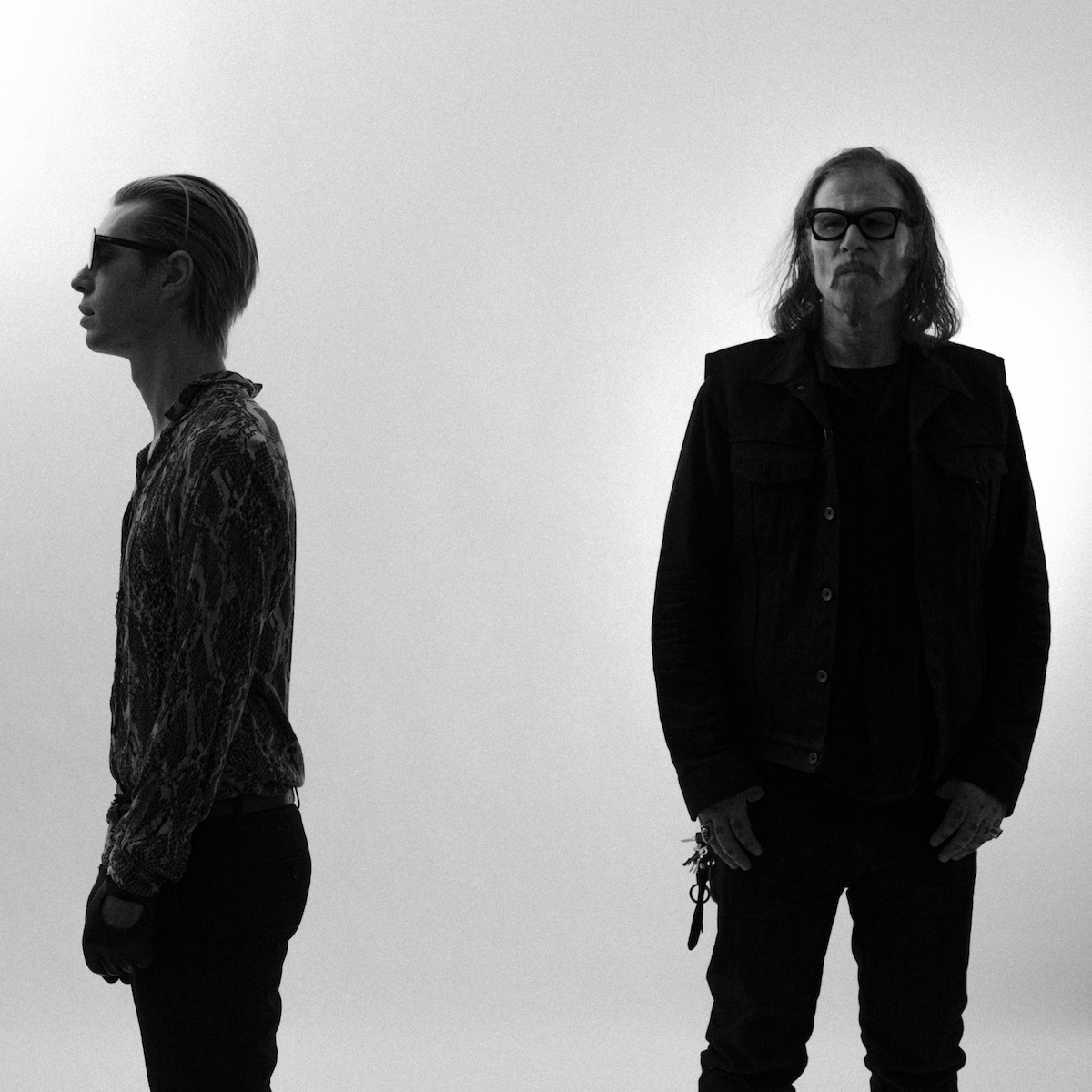 After the release of their debut 12″ earlier this summer, DARK MARK VS SKELETON JOE (Featuring Mark Lanegan of Screaming Trees and Joe Cardamone of The Icarus Line) are proud to announce their upcoming self-titled full-length album, out on October 15, 2021 via Rare Bird/Kitten Robot Records.  In addition, “No Justice” from the album is out now on Soundcloud.  A project born from mutual respect, Dark Mark vs. Skeleton Joe (DMvSJ) mines electronic music and unearths an experimental sound for both of them, a sound coined ‘gothic death disco’ by Louder Sound.  A prolific artist and author, Lanegan has collaborated with a host of bands and musicians, including UNKLE, Neko Case, The Duke Spirit and Queens of the Stone Age among many others.  And while he’s worked many legendary acts over his career, DMvsSJ marks a new band for Lanegan, not a guest spot or featured artist.  “The fact that it’s not like anything either one of us have done before is what makes this so interesting for me,” explains Lanegan. “When you have done as much stuff as Joe and I, you have to constantly search for the different and challenging to keep yourself engaged.”  “The project is called Dark Mark vs. Skeleton Joe because we both have assumed these alter egos over the years,” says Cardamone about the origins of the project. “The material we wanted to do together seemed to take well to the idea that our personas here are as if we’re now outcasts to our own creative selves.”  “I do think the death disco label we’ve been given could apply to portions of the material.  Only half the record lives in that territory though,” explains Cardamone. “There’s a lot of material that is nostalgic ambient.  I always thought the record functioned on a day to night level.  The hard songs are for when the sun is gone and the cuts without percussion are for the day after the primal beating.”

The night portion of Joe’s analogy is perfectly represented in opening track “Livin Dead,” which immediately starts off with eerie, blaring synths before pulsating drums and arresting vocals kick in. The track is truly hypnotic and sounds like it could be right at home in a John Carpenter (Halloween, The Thing) movie. Other tracks on the record that capture this soundscape include the previously mentioned “No Justice,” which fits in line with the goth/midnight dance floor, the slow-burning “Turning In Reverse” and the chaotic “Sanctified.”  In contrast to the more eerie tracks and a showcase of the previously mentioned ambient nostalgia, are tracks such as the spare “Lost Animals,” relying on Lanegan’s vocals and minimal synth, the church organ infused “Hiraeth,” and the trip-hop esque “Cold Summer.”  These tracks showcase the range of emotions and moods DMvSJ are able to capture on this expirmental, electronic journey.  “We were originally intending to release it earlier, but with the pandemic and other things going on in the world, it just hadn’t seemed appropriate,” adds Lanegan. “Now, we both feel more comfortable creeping this material into the open.”  Photo credit: Olivia Jaffe.