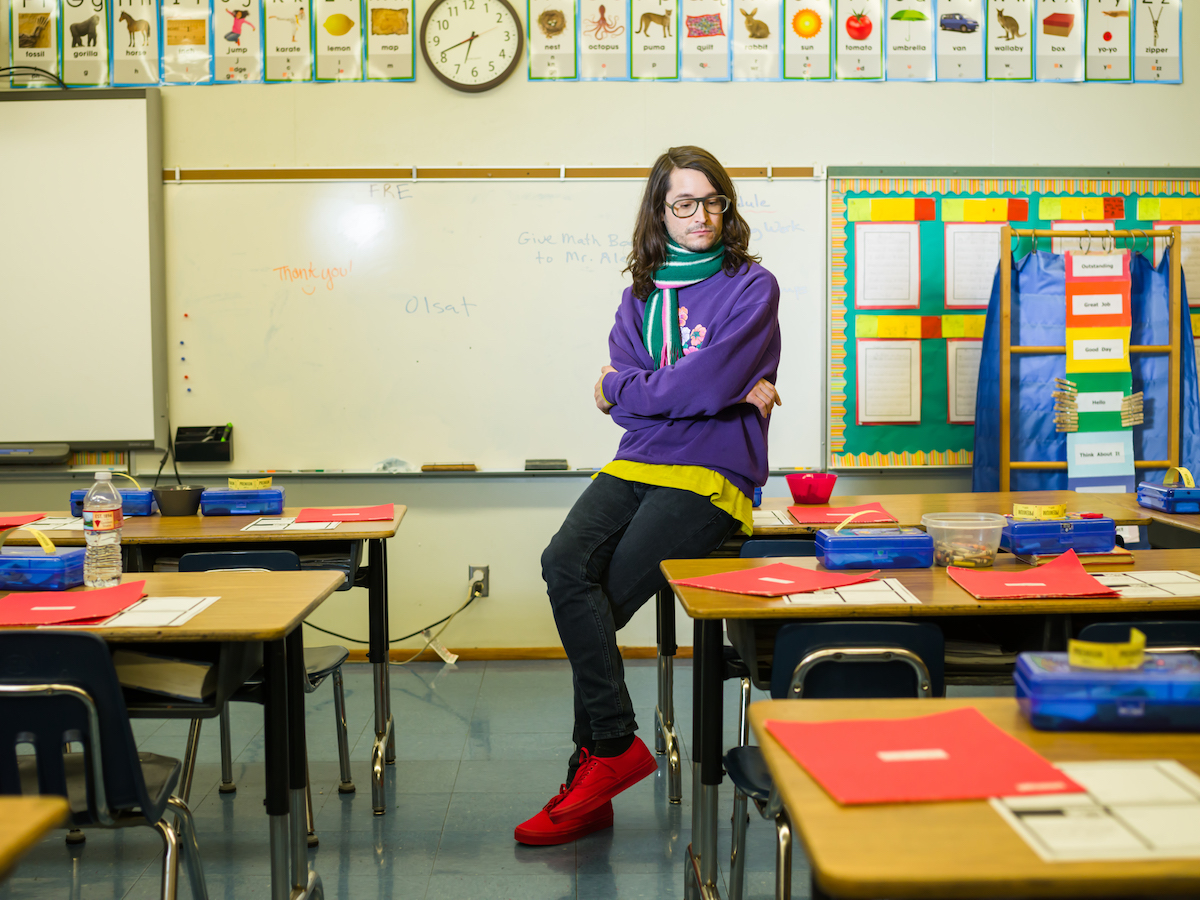 Patrick Morris, formerly of the popular indie pop/electronic band STRFKR and disco-rock band STRENGTH, has recently embarked on a solo career that is already generating a buzz.  With a mix of synth-pop, electro-funk and alternative rock, his music will no doubt catch the ears of STRFKR fans.  Having left STRFKR in 2014 in order to create his own music and have more over control over the creative process, he has been slowly creating a collection of songs that will be released this fall on his debut album Light Years Later.  Although he finished writing and recording the album in LA, he moved shortly after to Norway, his wife’s home country, and faced the challenge of having the album mixed by his friend and mixing engineer Rian O’Connell Lewis once he was in Oslo. “The upcoming album Light Years Later blends equal parts electro-funk and power pop,” he portends. “I started working on the album after leaving STRFKR in 2014. My final gig with them was Coachella, and I quit that band to start work on my solo project.”  Filled with power-pop gems, Light Years Later injects Daft Punk’s beats and nostalgia, creating a formidable synthpop/altpop combo.   While most is self-recorded and adheres to a very DIY aesthetic, Morris did have a little help from some friends.  “I recorded most of the album in my garage while I was living in Los Angeles,” he recalls, “and although I play almost everything on it, I collaborated with a handful of friends, including percussionist Billy Delelles (Shallou, Chrome Sparks) and actress/artist Jacqueline Kim.“

Poised to make 2019 his year, Morris is preparing Light Years Later for release in the Fall.  He has released two singles from the upcoming album, “I’ve Been Cleaning Up Your Room”, which has more of a power pop sound and “Hard Conversation”, which has more on a synth-pop sound along the lines of Daft Punk.  Today sees the release of their latest single “Yeah You Break (My Heart)”.  With plans for a second album already in the works, he plans to play some shows around the release of his debut album later this year.  You can follow Class Photo and stay up-to-date with all upcoming band news, album news and tour dates, as well as stream his recent singles, via the following links.  Photo credit: Eric Schwabel.