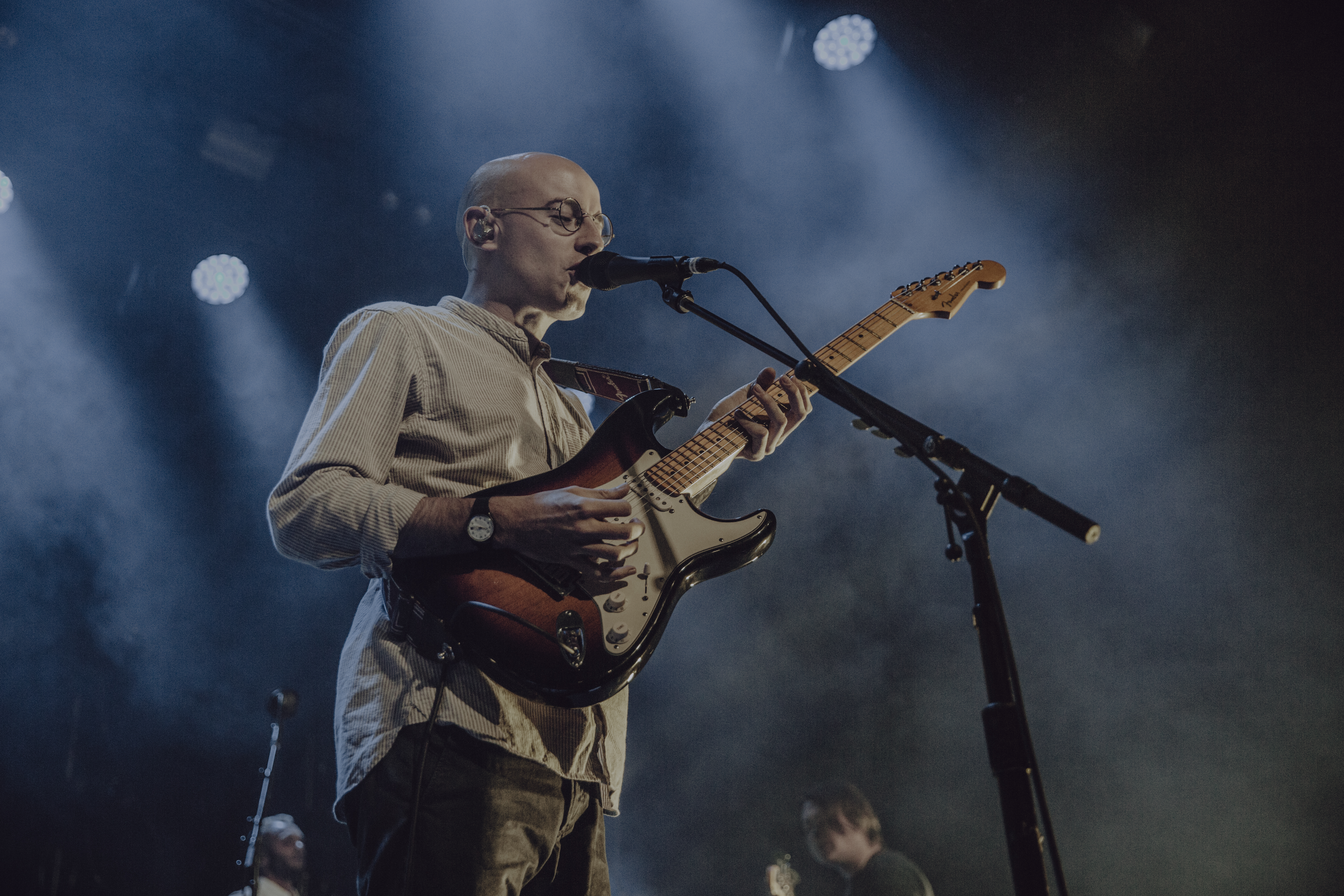 October 8th was one of the first fall evenings that mother nature decided to grace us with and Bombay Bicycle Club closed out their fall tour with the second of two nights at Brooklyn Steel. For those who don’t know, Bombay Bicycle Club announced a hiatus in 2014 and man was my little heart broken. I was a huge fan and never got the chance to see them. So after all this time, they finally made a comeback into the music scene and returned to New York with a long awaited return and I jumped on the chance to see this goofy British band.

The first night had sold out and the second night was damn close to it. Bombay Bicycle Club brought along indie rock band The Greeting Committee, which consists of lead singer Addie Sartino, Brandon Yangmi, Pierce Turcotte, and Austin Fraser all are from Kansas. The Greeting Committee has a queer lead singer who unapologetically sings about her girlfriend, love, and all that love encompasses. I remember she was singing a love song and from the balcony all I could do was scream “YES GAY!!!”, because I was ecstatic about having a lesbian performing. Playing tunes from their newest album This Is It, as well as older hits like “She’s Got a Gun” and “Don’t Go”, The Greeting Committee had a good fan base belting away alongside the band and giving Bombay Bicycle Club the best energy possible.

Now, Bombay Bicycle Club was a slamming band back about five years ago and I remember singing their hit songs “It’s Always Like This” and “Dust On The Ground”. That hiatus I mentioned, ripped my soul up. This four person indie rock band disappeared into thin air. I remember hearing about this tour and literally thinking I was in an alternate universe. They released a new track titled “Eat, Sleep, Wake (Nothing But You)” and thus, the tour no one thought was happening, happened!

The floor of Brooklyn Steel was full and the audience patiently awaited for them to appear from the smoke. “Emergency Contraception Blues” was the first song played and man did the crowd eat them up. I was waiting and waiting to finally hear my favorites and “Dust On The Ground” finally played and it was music to my ears. The closed the show with “Carry Me” and I was enthralled to be quite honest.

I am beyond excited to see what the band has created with the release of Everything Else Has Gone Wrong, due out in January, an album made for those who turn to music during a crisis. Welcome back Bombay! We are so happy to be reacquainted! Here’s to so much more of your folky, rocky jams.