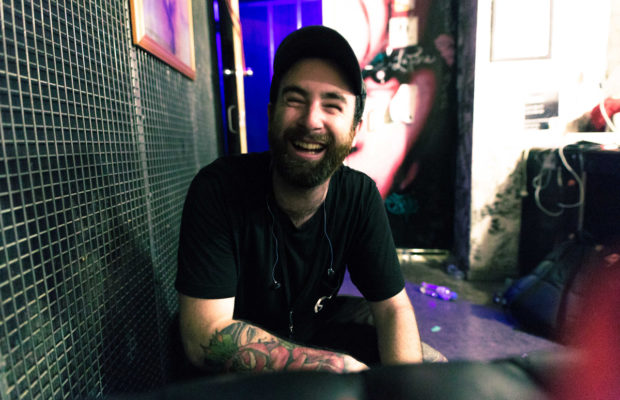 Moving from a small town to a big city, Melbourne based photographer/videographer Warwick Hughes, has had quite the journey. Working closely with bands in the pop-punk and hardcore scenes, he’s been able to travel the world working with bands like Neck Deep, As It Is and more!  But most recently, Warwick is finishing up his second year on the Vans Warped Tour with Trophy Eyes. We caught up with him to have a little chat about his career and how he got started, you can check it out below!

Where are you based and what kind of genres of music do you tend to photograph?

Well at the moment I’m in Melbourne and have been for the last few years and I love it here. I’m originally from a small coastal town called Ulladulla, I think about 15,000 live there so big change from that life. I guess the genre I tend to film and photograph the most is punk/hardcore, it’s where I’ve been filming the most over the past 9yrs.

When did you start to show an interest in film as well as photo? What was it about the two arts that appealed to you?

I started showing an interest when I was about 14 or so. My friends and I growing up would always surf/skate so one day I bought a camera and started filming it, before that I used my Dad’s old VHS camera. I have an old skate video laying around somewhere that I should find.

I fell in love with both instantly, just something fun to create and seeing the excitement on my friends faces when I showed them was enough to keep me interested in it.
When, where and what was the first film you made (or show that you photographed) and what was that like? Looking back, what advice would you give to your young concert photographer self?
The first gig I ever filmed was a local show in 2008, it was just a local gig but decided to film a few sets on my old handycam because I saw live sets on YouTube and said to myself “I totally could do this” (plot twist, I couldn’t, mine were terrible)
I don’t think I’d give myself advice. Back then I didn’t see it as a career and I just did it to film my friends bands and have fun at shows basically.

Who are your photographic and/or film inspirations and how would you describe your shooting style both photographically speaking and film speaking?

I don’t really find inspiration from people. Sure there are films out there done by incredible cinematographers that I love, but I get more inspired by events in my life or stories that I hear from other people. I truly believe there’s some great people out there that have incredible stories and through filmmaking I want to share that with the world.

Trophy Eyes
To get into gear a little bit, what is your typical shooting setup? What camera, lens, etc?
My go-to setup is my Sony FS7, with either my Sigma 20mm Art or Sigma 35mm Art along with my Glidecam for nice steady shots.
Out of all of the photos and/or films in your portfolio, which photo/film are you most proud of and why? What is the story behind it?
I would have to say Trophy Eyes – In Return music video. It was my first “break” into a bigger market (along with starting my relationship with the guys) and it’s probably the video I relate to personally the most. I lost my mother at a young age so to do a music video that dedicated a message to a mother figure was a big deal for me.

You’ve been working with Trophy Eyes, doing film and photo stuff for them on Warped Tour this summer. What has that experience been like? What is Warped Tour like as a photographer/videographer?

This is my 3rd year working with Trophy Eyes and our second Warped Tour together and the experiences get better. Seeing the world with a band was a lifelong goal of mine so I have them to thank for that. Warped Tour is your best friend and worst enemy at the same time, I tell everyone the best advice I have is keep yourself productive or you might go a bit crazy after time.
This is also my 2nd year working for Warped Tour and I have to say they are the best company to work for, they give me a lot of creative freedom and that’s hard to come by these days, so thank you also to Warped!

Some people argue that social media is a good thing while others argue the opposite. Im curious to know what your opinion on social media is as a photographer/videographer and what role it plays in your career? Do you rely on it a lot or not so much?

Good question! I see both aspects of it so I have a love hate relationship with it all. From a business side it is very beneficial and because of it I have had a good run with getting clients and making friendships. But there’s also a lot of political stuff involved that I just stay out of/don’t care about, life isn’t worth getting caught up in that crap.

Lastly, what is the best advice you could give to any aspiring music photographers/videographers out there that are reading this article?

Just go out and shoot. Don’t listen to people when they tell you how you should be shooting. Find your own style, don’t believe the hype and be positive about it all. It’s all gonna work out.
Stay connected with Warwick: Website // Instagram // Twitter
Interview by Jess Williams