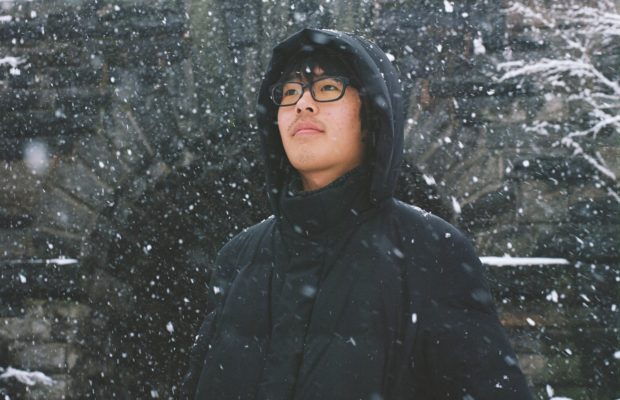 Tim Toda discovered his love for photography while in college at New York University, where he earned a degree in Film and Television. Despite falling in love with the city, Toda returned to his hometown of Los Angeles, California to build his photography network. Today, Toda has toured with bands like Oh Wonder, Misterwives, 30 Seconds To Mars and more! He recently sat down with Stitched Sound to discuss his humble beginnings, his influences and what life is like as a touring photographer.

How long have you been doing photography? What originally drew you to it? Who are your influences currently?

Photography is something I did growing up. My dad had lots of cameras and I would use them to take photos or create family road trip videos. I never really got deep into shooting photographs until college though. I think I just drew to it naturally.

Nowadays, I draw a lot of influence more from cinematographers. Visual Memories, aka Jomarya, has such a cool perspective of New York City that I found unique. Her work is incredible. Another one is from Ryan Booth. He always has some inspiring stories to share on top of the moody photos he posts. I enjoy his style.

What is your favorite part about being a photographer? The worst part?

The people I meet while being a photographer is the best part. I’ve made so many new friends purely through the same process of enjoying taking photos of bands. Sharing the pit with other photographers is a privilege, and I’ve met some incredible people.

I don’t think there is a con of being a photographer! I think the worst part for me is me just being me. I often compare myself with fellow photographers and creatives and demotivate myself from pushing to do more. But I’m happy where I’m at currently, so I shouldn’t be complaining.

Catfish and The Bottlemen

If you can remember, what was the first show you shot? And looking back, what advice would you give to your former self?

The very first concert I shot was Houndmouth. They were the first to give me a photo pass! Looking back though, I’d tell myself, “START SHOOTING RAW YOU IDIOT!”

Out of all of the photos in your portfolio, which photo is your favorite and why?

If you held me at gunpoint and asked me to pick one right now (because this is such a tough question), it’d be the confetti shot for Oh Wonder at Terminal 5. It’s the photo that essentially got my first touring gig with Oh Wonder.

You have done a handful of tours in the last couple of months. You’ve worked with Oh Wonder, Misterwives (and by association, Joywave and Thirty Seconds To Mars). What has it been like on tour? What’s the everyday like and what are the pros and cons of being a touring photographer?

Touring is a lifestyle. It’s enjoyable, fun, and stressful at times. I’d say striking the balance between work and pleasure has been important for me. Handling my mental health became a priority only because it could feel incredibly lonely and isolating at times. When you’re around with the same people for weeks or months, there are moments when you need time to yourself. But mainly because I’m an introvert. During the three month stretch I had for Oh Wonder’s Fall tour, I took walks by myself to get breakfast and lunch nearly everyday. It was the only time for me to be able to decompress by myself.

With that said, there’s a different dynamic for every band. I found that being comfortable with the band is key, especially because you’re capturing intimate moments off and on the stage. The whole thing is so much fun though. I don’t regret taking tour gigs ever!

When shooting, what is your typical gear setup?

I have two cameras on me at all times, though I prefer to keep it simple. I run my Sony a7rII with a Tamron 24-70 F2.8 for run and gun wides and video stuff. Second body is my trusty Canon 6D equipped with a Sigma 70-200 F2.8. I never could afford first party lenses, so these are the best I got. When I shoot BTS or portraits, I tend to switch to my Sigma 50 1.4 ART lens. That one is definitely my favorite.

And a new question that I wanna try out  — how important do you think it is as a society to have a strong creatives in our world and to keep the creative industry alive? In other words, there’s been talks of defunding different creative organizations and programs, what is your opinion on that and how has your life improved, changed since you full embraced being a creative person? Does that make sense?

(not sure if I’m answering the question but here it is) I think it’s incredibly important to have voices for strong creatives in the world. I think in the age we’re in right now, social media has played such a huge role in making any kind of creatives visible. As someone who works in the creative field, I find it liberating to express emotions through an image. For me and concert photography, it’s capturing the energy and relaying that feeling to someone looking at the photos.

This question is another one of those questions that I ask everyone, do you prefer shooting shows in clubs/venues or at festivals and why?

This is another toughie. But if it comes down to it, venues is the way to go. A venue show fully embraces the fans to create the best possible show ever. Just like a musician feeding off the energy of the crowd, I take that energy and translate it to photos.

What advice do you have for up and coming photographers?

Keep shooting. Honestly it’s so cliche, but it’s so true. That’s how I got touring gigs in the first place! Just constantly working towards your goal and experimenting is also crucial to keep yourself motivated and not feel exhausted.

You can stay up to date with Tim by following him on Twitter and Instagram and you can see the rest of his portfolio on his website, here.