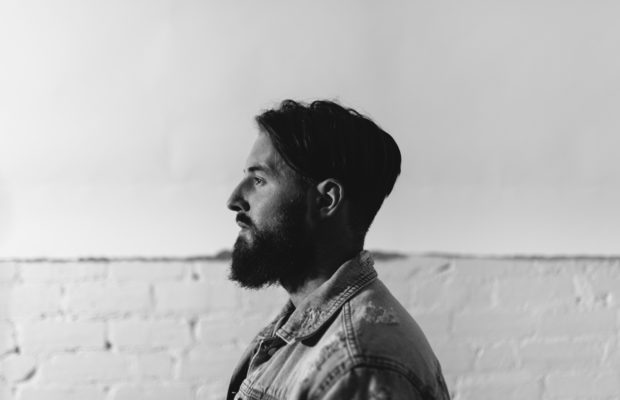 Born and raised in Glasgow , Scotland, Stevie Started off his career in Television working on BBC Productions. His path quickly changed when an opportunity presented itself to go on tour with The Fratellis, taking him as far as New York, so it’s safe to say he’s never looked back. Since then he’s become the main photographer for UK Band Twin Atlantic which has allowed him to travel the world and work with several large clients including RedBull, Sony Records, Kerrang and NME. Specializing in live and portrait work, Stevie has recently worked with Hollywood A lister Michael Sheen.

How did you get into photography? What is it about the art that drew you in?

I grew up with my dad constantly taking photos so that was a probably a big factor , I remember being on holiday when I was 10 and he dropped his Olympus M2 into the sea, still works to this day and he actually just gave me it a couple weeks ago which is kinda cool. My sister works in Media and I was lucky enough to come along and see productions being filmed so it was there that I got obsessed with light and how it can totally change the look of an image.

What was the first show you shot and looking back on it, what advice would you give to your former self?

Back in 2013 was when i got my first chance to shoot a show. My Sisters boyfriend at the time (now Husband) was supporting the Fratellis  at the Barrowlands Ballroom in Glasgow and I was lucky enough to get a triple A pass. I had a kit Lens and a standard Nikon d3000. Looking back on it I wish I had asked them to take portraits and just overall more photos of them backstage, its the moments before and after the shows that are the ones people love to see.

Out of all of the photos in your portfolio, which is your favorite and what is the story behind it?

It has to be this one of Sam McTrusty From Twin Atlantic , I actually sold this on my store and called it “Baptism” the fans being the clear water to cleans his soul and he seems so at peace with where he is.

Theres not really much of a story behind it, more of just a spontaneous moment he decided to crowd surf. More of a right place right time moment but its definitely my favourite shot.

You’re based in the UK and I was interested in learning more about the competitiveness of the photography community there. Here in America, shows in places like New York City, Chicago and Los Angeles can sometimes be borderline impossible to get access to. Is it the same in the UK?

Over the years i’ve built up some decent contacts with press and publication over here so its quite easy to get access to most shows now but its not always been that way. i think the quote  “its not what you know its who you know” runs deep in this whole industry. If someone was wanting to start shooting shows I would just say just reach out to papers and media companies , you don’t ask you don’t get.

Your photos have a good balance between black and white and color images, however I was wondering if you have a preference between the two? Do you think that there are certain instances where a lack of color is more powerful?

I do love both but I prefer black and white images , I just feel you can concentrate more on what the image is saying , you pay more attention to the emotion in the photo and the composition. The “Baptism” photo being a perfect example of this.

One of the main reasons I feel in love with photography is because you can express yourself , so I try and stay true to that as much as I can with all my work.

When shooting shows, what is your typical gear setup?

I have a pretty basic set up and always have done, sometimes I even limit myself to one lens to make myself think more about composition. Main set up is Nikon d750 with a 50mm 1.4 and a 24-70 2.8.

Do you prefer shooting tours that come through venues or big festivals and why?

Im just going to sit on the fence with this one because I really do love both! The atmosphere is so different for both. When you walk into a tour show you know what to expect a little more than you would a festival set.

For our readers out there that are interested in concert photography but not sure how to get to your level, what advice do you have for them?

I think having a mentor is important , find someone you aspire to be or if its just someone who gives you inspiration thats fine to. Pick a couple of artists and try to build a relationship with them by shooting them as much as you can , even if thats for free. Let your work do the talking and You will slowly start to get noticed.

You will be laced with self doubt constantly and no matter what level you get to, that never goes away. Ive learned its actually a good thing and it means you will never get comfortable and will always strive to be better. Love what you do and don’t be afraid.

Jared Leto of 30 Seconds to Mars

You can stay up to date with Stevie by following him on Instagram and you can check out more of his work on his website, here.