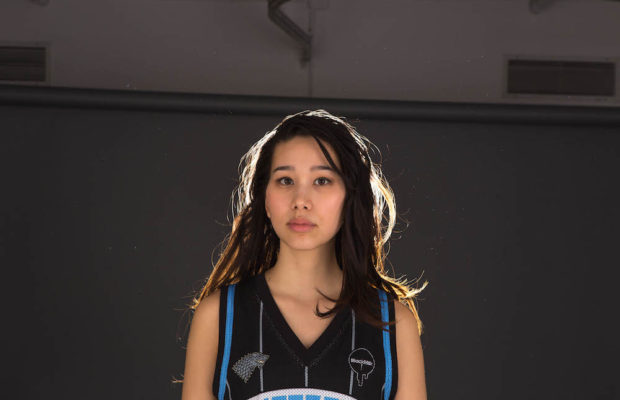 Right before beginning her fourth consecutive year on Warped Tour, we caught up with photographer Amanda Lynn Kim and she gave us a look inside how she got her start in the industry and shared some of her favorite pieces of work from over the years.

I started to show interest in film and photography at a very young age. When I was about 7, I used to arrange my stuffed animals into scenes, take a picture, rearrange for the next scene and so on. On a less cute note, I went to a Junior High School that had majors. Lucky for me, photography was an option and our school was the only one in NYC that had a dark room (at the time). I spent three years shooting and developing my own film there.

I am extremely grateful that I was able to take photography classes in Junior High using real film and a proper dark room. Don’t knock on NYC’s public school system! I also learned how to shoot using a manual film camera; it had a broken light meter, which forced me to learn about f-stops and shutter speeds early on. Later, I taught a photo class at my High School and ended up in Film School at Hunter College.

I’m currently shooting with a Canon 6D. I have a wonderful Fujifilm x100s for candids and travel. For film, I have the same Canon AE-1 that I learned to shoot on and my prized Leica. I’m currently really into the Sigma Art series lenses.

I do not necessarily agree with this. Of course, better equipment will lead to crisper photos, but if the photographer doesn’t have any idea what they are doing, it will still look like garbage. Crisp garbage, but still garbage. My favorite series of photos that I’ve shot was actually with a film camera at a show. The camera is worth about $50 and has a broken light meter. I had to push the film to the next level in order to support the lack of light. Unfortunately, when it comes to concert photography, you do need to invest in fast glass, but there are a lot of entry level DSLRs that are amazing. The Canon Rebel series is proof. Also, cameras that cost thousands a few years ago have dropped in price and work just fine!

I honestly am not too sure! But one of my favorite early photographs was from a disposable camera when I was 14 and shot Rancid at Warped Tour. It’s currently blown up and framed in my room.

My taste in music definitely impacted the bands/artists I would shoot. I used to shoot for Buzznet and Pure Volume. I think the best part about shooting bands and artists that you’re familiar with is that you know when to anticipate a moment in the song that might give you a good shot. When you’re around these bands, you become friends and more opportunities pop up. However, I am having a lot of fun shooting non-rock bands lately!

This is a tough question! I shoot everything from events to portraits and feel I have a different style for each. I’ve always been a fan of dramatic lighting in photos, as well as, high contrast. I grew up shooting film, so I try my best to emulate that feel. As I’ve grown as a photographer, I have started using controlled lighting in hopes of creating more moody pieces. My hope is to shoot in a manner that makes you want to keep looking at the photo and to think a bit more about what’s going on. I’m also progressing into more documentary series.

I definitely love these shots that I took of The Darkness. I shot them on ASA 3200 film. Someone in the photo pit came up to me and said, “Oh, those will be nice if they actually come out.” Lo and behold, they’re hands down my favorite. They’re gritty and, in my opinion, capture the feel of traditional rock concert photography.

The community has definitely become a bit crowded. When tons of people are now applying for the same photo pass, you do want to stand out. However I don’t focus on this at all – I just try to worry about getting the results that I want.

Learn and love your craft. Shoot constantly. And remember who you’re shooting for first – yourself.

Read the exclusive second part to our interview with Amanda in our brand new Warped Tour Issue.