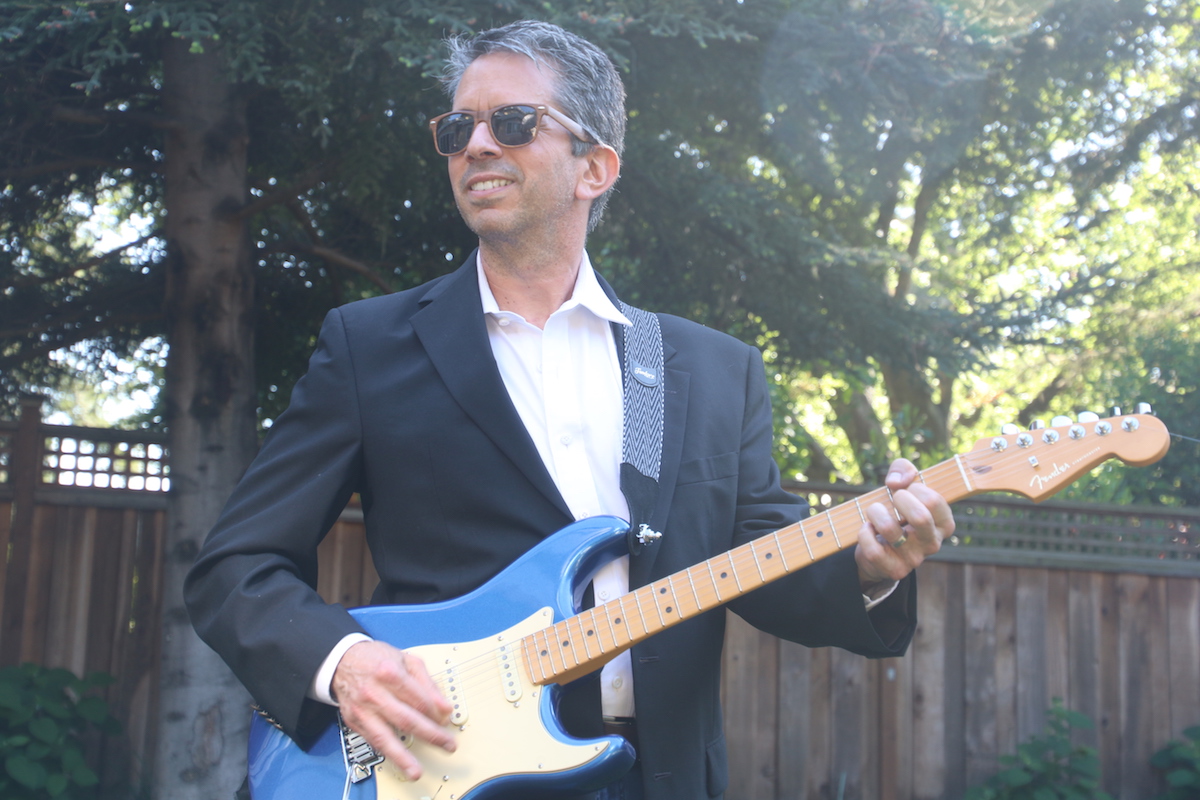 At the heart of Andrew Thomases’ music is one thing: he wants to stir curiosity in the hearts of his listeners. Whether it’s through singing about current events, bringing humor into music, or singing from the heart, his mission is the same, and he brings it to his audiences through retro rock rhythms infused with captivating melodies that pay homage to the greats of the ‘80s and ‘90s. Thomases calls his style “conscious rock”; and it is—with songs about life experiences, loss and world events, Thomases takes listeners on an emotional journey, but not without making a few jokes along the way. It is this that’s his signature style; conscious, aware, and always striving for more—but never losing his sense of humor. Growing up just north of New York City, Andrew watched his father pursue his passion for bass guitar, before picking up his own at the age of 12. Throughout high school, he organized and played in cover bands around his hometown, developing an ear for unusual chord progressions, and he continued to explore music during college, where he enjoyed a role as a DJ for the school’s radio station.

Today, Thomases creates music that’s inspired by his move to San Francisco, and all of the experiences that have, and continue to shape him.  “A number of my songs reflect my beliefs about our role in the world and society, and about the problems that face us today,” Andrew explains. Indeed, many of his songs examine changes in society and our impact on the environment. However, the singer-songwriter does not shy away from satire and humor, using it as a device to break up the serious nature of the themes he addresses. Thomases has taken inspiration from personal stories and world events to write a collection of 10 captivating, sentimental, and intellectual songs. He will release his music as a string of singles, having released his debut single “Cure Me” in September that explores the state of the country at the height of the pandemic, and the ever-changing times we’re living in. The song serves as a reminder of not only what we’ve been through as a nation, but a reminder that we are stronger together. That collectively, we will heal.

Thomases recently released his latest hard-hitting single, “Outrun Evolution,” inspired by Yuval Noah Harari’s exploration of human history “Sapiens: A Brief History Of Humankind” and is a poignant examination of our impact on the planet. With this driving rock song filled with power chords and compelling guitar licks, Thomases poses the question of whether or not our drive to achieve progress as a species has come at the expense of everything else, including our own happiness.

“Ever step back and look at the big picture to ponder humankind’s impact on the world we live in? In such a short period of time, humans have come to dominate all other species on our planet. Have we outrun evolution? Is our accelerating industrialization a good thing, even with the effects to our planet? Are humans happier now that we have reached the top? These are some of the questions that came to my mind when I read Sapiens:  A Brief History Of Humankind by Yuval Noah Harari. That book and these questions inspired me to write my latest single, “Outrun Evolution.” It is a driving rock song that highlights the issues with human domination of our world. Tucked between power chords and guitar licks are cutting lyrics that focus on our drive to achieve progress at the expense of everything else, including, perhaps, our own happiness. Should we still try to Outrun Evolution?”

You can connect with Andrew Thomases via the following links: