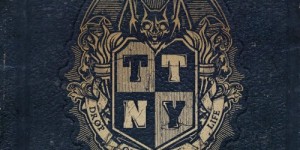 It seems that old school pop punk is slowly making it’s way into the music scene yet once again. One of the bands being the five piece Walnut Creek, CA group This Time Next Year. With their recent sophomore release of Drop Out Of Life, it is clear that This Time Next Year has a very bright future in front of them.

Drop Out of Life starts off with the song “Better Half” which starts off brightly and sets the listener for what to expect for the rest of the album. Throughout the entire album This Time Next Year finds variation between songs but still keep it in the same sound. Two songs that stick out include “Last Call” and “Drop Out of Life”. While “Last Call” is a rather slower song compared to the rest of the album, it is overall catchy and has a nice rhythm throughout. “Drop Out of Life” seems to be a song that everyone can relate to at some point. I mean, we’ve all thought the same thing before right? “I let you run around and do me like this and now we’re falling out / she’s falling over this fucking prick” and “I want to drop out of life / and get on with my days / drop out of life / and have something to say when I’m dead.” It is the perfect song to listen to on those days when you’re just furious at an individual.

Overall, This Time Next Year‘s sophomore release is nothing less than fantastic. It’s a bit shocking to see that this is the band’s second release, but it also shows that they can only expect success in the future. If you haven’t already, go and pick up “Drop Out of Life”!