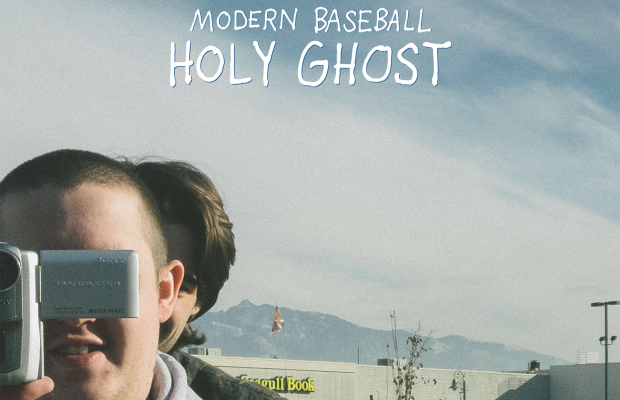 Nothing goes better together than music and Philadelphia. The wide range of genres, the massive amount of talent, and the unsurpassable amount of bands the city holds is home to one particular band whose recently found fame in the pop punk scene and is only going to continue to grow with the release of their newest album.

Amongst groups like The Wonder Years and CRUISR sits the indie/folk/pop-punk/too many genres to name quartet Modern Baseball. Based out of west Philly, the four-piece mixes the sounds of pop punk with that of indie-folk.

After a two year hiatus since last releasing a full-length studio album, and a year break since releasing their The Perfect Cast EP, Modern Baseball officially drops their latest masterpiece, Holy Ghost, this Friday the 13th.

Aside from their previous releases, Holy Ghost strays away from typical pop-punk and more towards an indie sound. Co-written by Jake Ewald and Brendan Lukens, each took on one side of the album. By splitting up the songs and being able to create a smooth flow between the two, the album’s unique sound is quite alluring.

The eleven track album, which lasts only twenty eight minutes, is full of all different types of songs. From upbeat and punk to calm and indie-folk, the album is very notable. Most of the tracks themselves are shorter than your typical song, so no matter who you are, I know you’ll have time to listen to this album. “Holy Ghost”, “Mass”, “Coding These to Lukens”,“Breathing in Stereo”, and “Apply Cider, I Don’t Mind”, are all under two minutes. However, even within such a short time, the stories that are told and the messages that are passed on are remarkable.

The album starts out with the title song,“Holy Ghost”. A slow and acoustic intro, this acts in the same way “The 1975” does for The 1975’s albums – it’s a peek into the album that leaves listeners wanting more. Up next, the band’s most recent single, “Wedding Singer” is more of a pop-influenced song with a storyline for lyrics.

My personal favorite off of the album is the sixth track, “Hiding”. With more of an acoustic sound, this really is right up my alley for my music taste. It starts off slow, but picks up in typical Modern Baseball style with heavy guitar, drums, and bass.

One thing that makes Modern Baseball stand out is their tedious and deep lyrics. Instead of shallow, short, and seemingly meaningless words that can be found around every corner in the industry, Modern Baseball uses their music as an escape and way to tell stories. The lyrics are very deep-seated, relating to personal experiences from the highs to lows to everything in between.

Songs to check out: Wedding Singer, Hiding, and Just Another Face

Be sure to check out Holy Ghost, out May 13th, and catch Modern Baseball on their upcoming US tour!