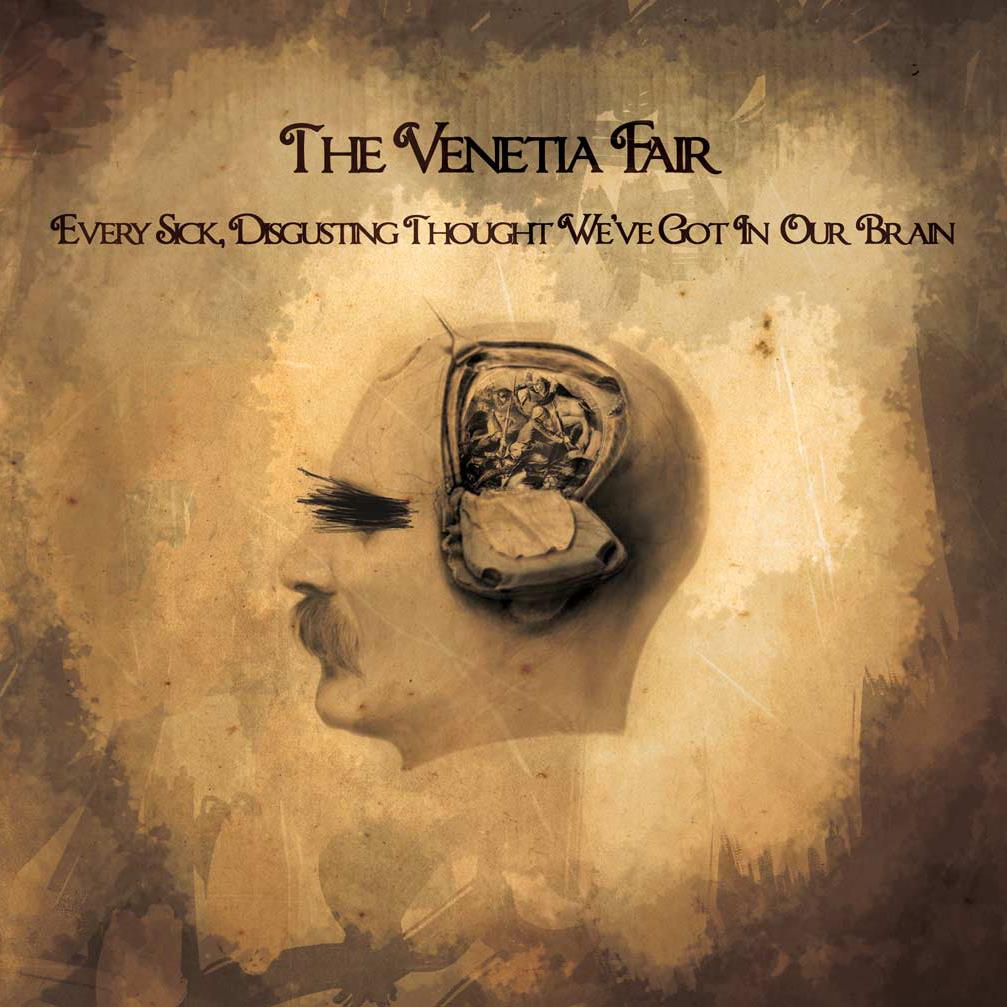 There is no exact way that The Venetia Fair can be described in one word. Well, unless that word is phenomenal. But in terms of genre, and the type of band that they are, they span all across the spectrum. The Venetia Fair recently released their new album Every Sick, Disgusting Thought We’ve Got In Our Brain, which is the follow up to their previous release The Pits and The Circus

The band is known for not only their unique, circusesque sound but also their amazing stage presence which they brought across the country on the Vans Warped Tour along with several tours. In 2012, the band announced that they would be heading back into the studio to record a new album. They had also held a Kickstarter campaign for the album which turned out quite successful for them.

But, onto their new and amazing album, Every Sick, Disgusting Thought We’ve Got In Our Brain. From the start to the end, they capture one’s attention and mesmerizes them with the melodies, combinations, and lyrics. The album kicks off with “Too Late To Dream” and shows from the get-go that The Venetia Fair has not strayed from the type of music that they had written previously. The whole album shows that The Venetia Fair has not changed in terms of sound, but simply evolved and somehow sounds even better. Notable tracks include “Only In The Morning” which has a great hook and a wonderful form, and also the track “Go On, Paint Me A Picture” which starts off with a slight ballad before building up to be a strong, powerful song.

Overall, The Venetia Fair did an exceptional job with Every Sick, Disgusting Thought We’ve Got In Our Brain. It is definitely their best release to date, and personally, I find it hard to press the pause button. Be sure to pick it up and check out The Venetia Fair if they are ever playing a show close to you. It will definitely make the list of 2013’s great albums.