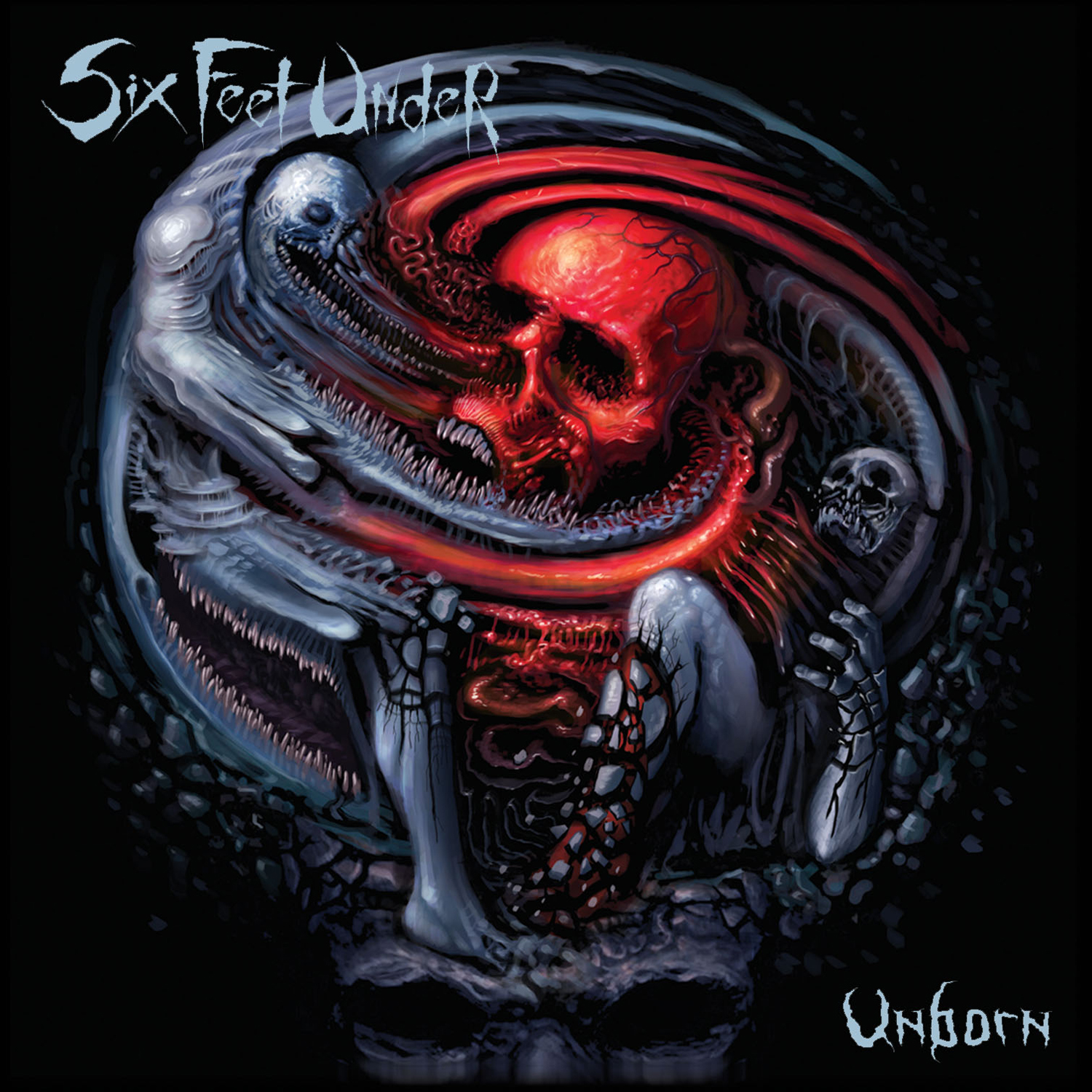 The Death Metal group Six Feet Under is back with new material for the new years. Being the tenth full length release from the band, it obviously comes with some expectations, and when you hit play on the record it’s impossible to ignore the brutality of the music.

Unborn begins as if it could go into a much lighter sub-genre of metal but as soon as the vocals kick in you know what you’re in for. The guitar work on ‘Neuro Osmosis’ is excellent and the track just rolls right into the second one entitled ‘Prophecy’ which is a great way to start the album. On ‘Zombie Blood Curse’ it makes it evident that this album won’t strictly be for death metal fans. I feel like it will have a broader fan base than most. When it comes to this genre it’s clear that the vocals will not be for every music fan, but I think Six Feet Under are reaching out on this one. Especially around the 3 minute mark when it feels like the song is totally new. The first three tracks are definitely the best on the album but the rest don’t fall short by any means. They’re solid death metal through and through. “The Sinister Craving” is one of the darker songs, so straight up fans will probably adore this. The album closer in entitled “The Curse of Ancients” and it doesn’t fail to please.

Six Feet Under is a side project turned into something even greater. With Unborn it’ll only get better.