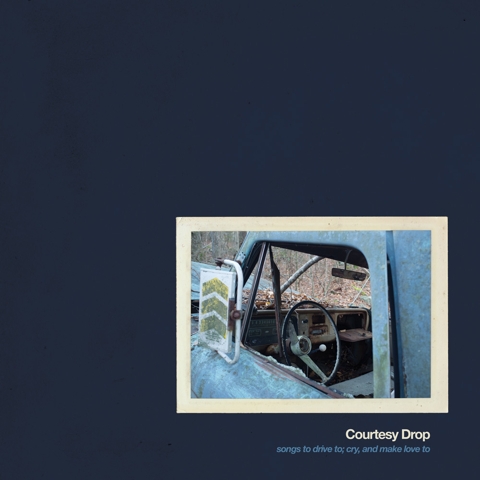 Filled with immense frustration, depression, reflection, and some other emotions that are still unclear after a few listens, Courtesy Drop’s new album is one that explores human emotions in a raw but tasteful form. From the lyrics to the instrumentals to even the song titles, there’s emotion everywhere. The great thing about this album, though, is simply that there isn’t one complete subject or story line of the songs. It truly is just emotions expressed in a beautiful album of frustration. Honestly, frustration’s never sounded so good. Normal humane emotions have never seemed so comforting, so beautiful.

Maybe you won’t find this is the album to drive to, or cry to, or make to love to at all. However, it’s definitely an album to listen to at least once. Also be sure to check out the band’s previous release from 2011 entitled What Makes This Place Worth Calling Our Home.