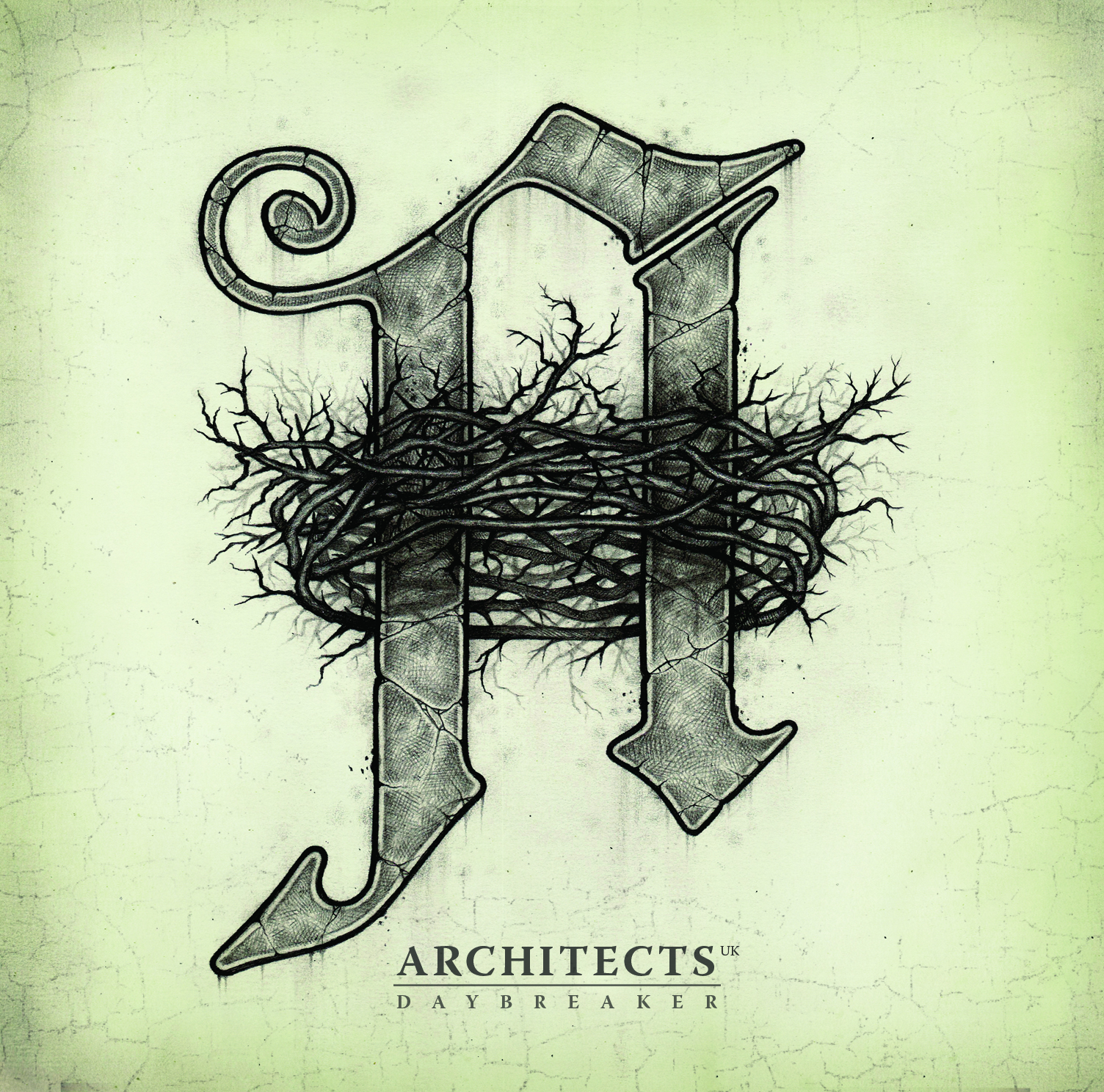 With their fifth full length album now released to the world, Architects (UK) seem to be back into their old rhythm again. If you compared their last album The Here And Now to their most recent work Daybreaker the difference is quite obvious to hear. In 2011 when The Here And Now was released it seemed the band was taking their music for a slight change in direction. It still had the Architects (UK) sound to it but the songs weren’t quite as heavy and the lyrics were very personal this time around. The Here And Now was without a doubt a great record but fans seemed to just want the heavy stuff back, and it looks like the guys in Architects (UK) were feeling the same way.

The now quartet (this was the last album to feature guitarist Tim Hillier-Brook) have no doubt gone back to their roots on Daybreaker but you definitely shouldn’t use the term “regressed.” The first track that really gets your attention is “These Colours Don’t Run.” It may have helped that the band released this track earlier this year before the album was out, but even if it wasn’t it’s evident that the lyrics and guitar work along with Sam’s raw vocals bring together a banger of a tune with meaning. In the following track “Truth, Be Told”, Sam’s vocals are put on display full force and they sure don’t disappoint.

On the sixth track entitled “Even If You Win, You’re Still A Rat” vocalist Oliver Sykes (Bring Me The Horizon) has a guest vocal spot. This isn’t the first time the two vocalists have worked together though. In 2008 vocalist Sam Carter was featured on a Bring Me The Horizon track named “The Sadness Will Never End.” Sam and Oli’s voices go together really well but this time around I don’t feel like the guest vocals brought much to the track. Whereas when it comes to the next track named “Outsider Heart” guest vocals from Stray From The Path front-man Drew York seem to fit the song perfectly.

“Behind The Throne” takes it down a notch with a much slower and softer song compared to the rest of the album. Very well placed considering the tracks before and after it, it gives you a nice little break before bursting into another heavy one entitled “Devil’s Island.” This tune is definitely one of the stand out tracks on the album for me. The way every instrument comes together with the brilliant vocals done by Carter is just extraordinary. Overall, Daybreaker is loaded with some great songs. The lyrics are much less personal and much more political than the last album and of course the songs are overall heavier. Fans of the band will no doubt enjoy the tunes on this record and should definitely get amped to see the band live the next time they come through their area!