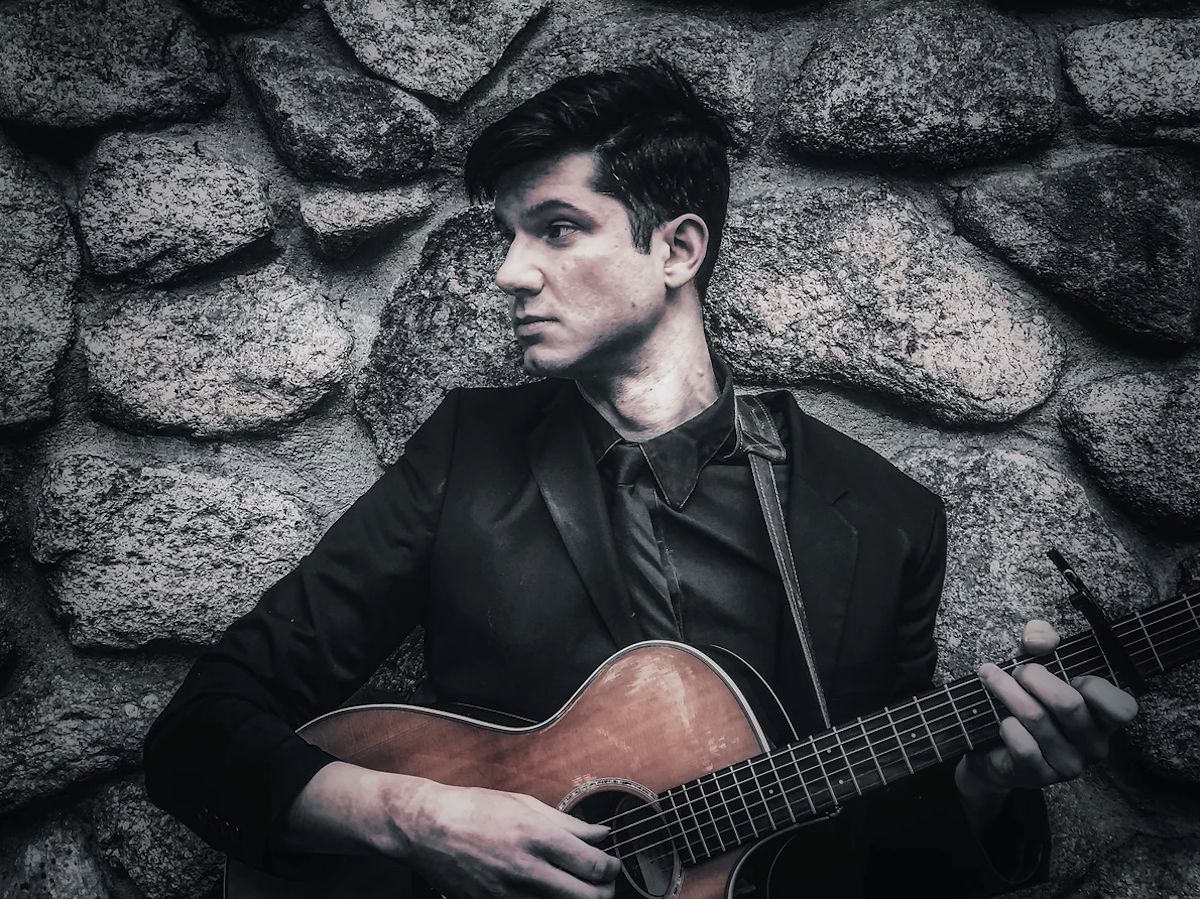 Woundikin has a gorgeous voice eerily reminiscent of superstars in the genre such as Ray LaMontagne.  This, combined with his obvious talent on guitar (he was a Berklee College of Music graduate), gave him the necessary tools to write and perform fantastic indie-folk music. Additionally, he has got the look mastered, from slim suit jackets to leather boots, he looks like he could be an extra for The Lumineers.  Such a presentation primes the listener with an idea of what to expect, an underrated trick in the music industry.  Today sees the premiere of his new single “So It Goes,” a bold first look for the artist for many, as it takes us away on a musical journey with harmonious and storytelling aspects.  “I wrote “So It Goes” a while back and then spent a long time getting my guitar playing and voice to a point that matched what I was hearing in my head,” explains Woundikin.  “I recorded it in my little home studio, and I mixed and mastered and did all that stuff there as well.  To me a large part of the appeal of folky acoustic music lies in its humanity; stifling the slight natural change in tempo as a song progresses with a click track or “correcting” the emotion of a bent pitch can sometimes end up taking away from the overall experience.  For this song I didn’t want to edit together multiple takes or track guitar and vocals separately.  I just pointed a mic at my mouth and pointed a mic at my guitar and played it as many times as it took to get the recording as close to perfect as possible.  And I added reverb, because reverb makes everything sound better”.
Taking piano as a child, Woundikin always felt drawn to the drums.  In High School he started playing drums for the school’s Jazz band, and over the years have played in Rock, Funk, Electronic, Jam and Jazz-Fusion groups.  Eventually he wanted to be able to create individually and have more control over his music, than what drumming typically allowed.  This led Woundikin to learn production and guitar.  Gravitating towards the finger-picking styles a la The Tallest Man on Earth or James Taylor, he found himself intrigued by the rhythmic style and how it’s almost like playing guitars, drums, and even a little bass.  While the music can be calm and relaxing, it’s evident that his vision is truly a labor of love.  Often taking the bittersweet moments in life, his songs offer up grey clouds with silver linings.  With influences ranging from Ray LaMontagne to the Tallest Man on Earth, the music that he creates is uniquely and elegantly his own.  When writing lyrics, the up-and-coming songwriter draws inspiration from personal experiences, his perception of others’ experiences and the world around him.  Lyrics are generally the last step in his songwriting process as they come together after the musical portions have come into place.  It will be interesting to see if he sticks to a minimalist, emotional folk approach that he does so well, or if he’ll expand to a more robust folk sound on his upcoming EP So It Goes.  You can connect with Woundikin via the following links:
Website | Facebook | Instagram | YouTube