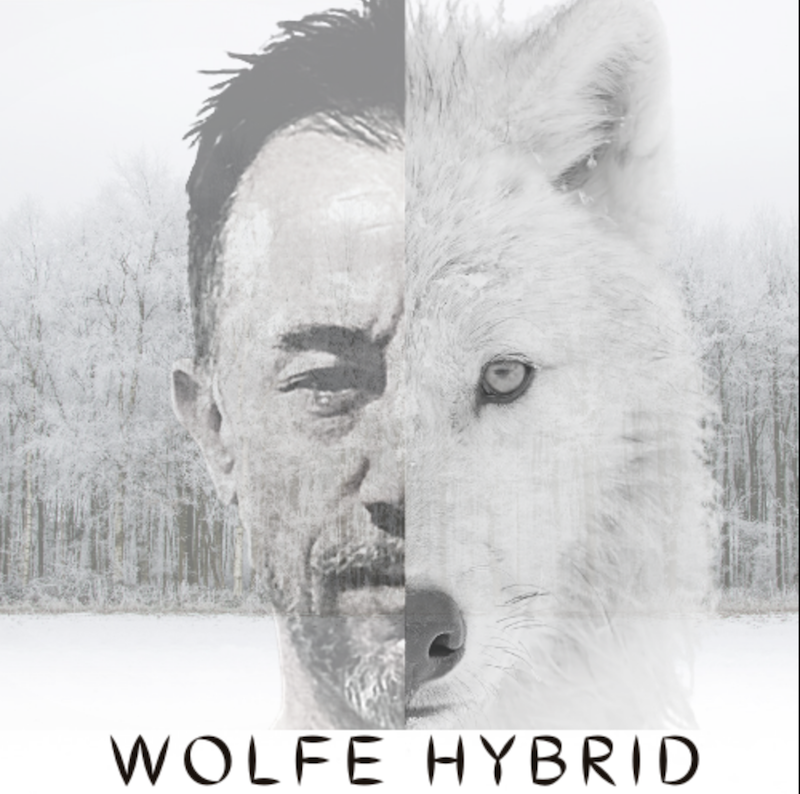 Wolfe Hybrid outdoes themselves once again with their new single “Survivor,” which is out today. The eclectic music group brings a dose of true Rock n’ Roll goodness the only way they know how…direct from their soul.  The track is the follow up to their last acclaimed single “Borrowed Time,” which was released last month.  “Survivor,” is an intricately crafted piece that flows with a prominent melody and hook that is placed throughout.  The vocals and instrumentation of the track are on point and showcase the musical talents of the group.  Not only do they shine as performers, but songwriters as well, carefully honing each and every note on the song.
““Survivor” is one of the very first songs we wrote together as Wolfe Hybrid.  It came together fairly quickly.  From start to finish … it took about an hour to write.  Wolfe Hybrid Lead Vocalist Jeff Wolfe’s career spans decades in film and television as an action actor turned director.  He’s a four (4) time Emmy nominee, who took one home in 2014.  He is a world-class martial artist who has worked along side the likes of Jet Li and Jackie Chan in Hong Kong.  He has fought both Ryan Gosling and Reynolds, among others, and has even gone toe-to-toe onscreen with Scarlett Johansson in The Avengers.  For this reason, listeners might reasonably assume that “Survivor” is at least somewhat autobiographical in nature.  In short, “Survivor” is the story of a man whose priorities shift with the added responsibility (and reward) that comes with raising a young family.  In the lyric, the narrator/singer gets paid to soar higher, get set on fire, and fight the heroes, but in the end, it’s when he comes home to his family that he sees that he’s the true hero.  After all, he “can see it in their eyes….”
— James P. Noon
Wolfe Hybrid
Wolfe Hybrid is the musical collaboration of songwriter/producers Jeff Wolfe (vocals) & James P. Noon (acoustic/electric guitars).  Both are seasoned entertainment (Film/TV) industry veterans at the top of their respective fields.  The collaboration was formed in Los Angeles in 2019 and 2020 has seen them better than ever in the music world.  They plan to release a full-length LP of original songs in Spring 2021 which our ears are eagerly awaiting.  Both Noon and Wolfe have ties to the film and creative industry, and with their music in tow, it acts as a nice triple threat of the arts. What does 2021 hold for Wolfe Hybrid? Our ears are eager to hear!  “Survivor” is out today via digital platforms.  You can connect with Wolfe Hybrid via the following links:
Website | Facebook | Instagram | Spotify | YouTube