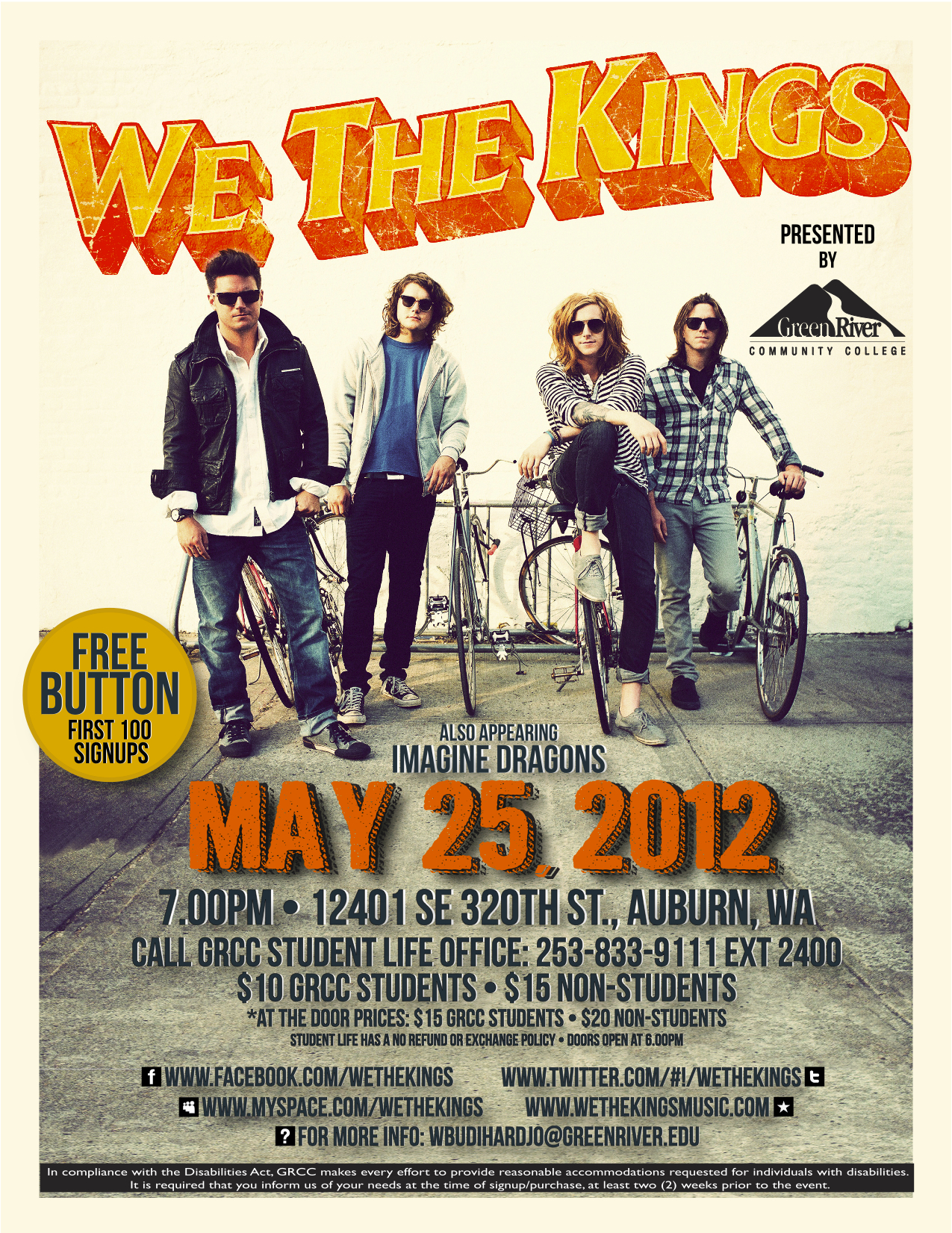 We the Kings, the Florida-based Rock group, is scheduled to play Green River Community College May 25 as part of its international tour. The band’s 2008 single “Check Yes Juliet” peaked at No. 70 on the Billboard Hot 100 list. Their latest single, “Say You Like Me,” released in 2011, topped out at No. 29 on the Australia Singles Top 50.

Special guests Imagine Dragons will open for We the Kings. Imagine Dragons’ new single “It’s Time” is currently the No. 10 hit on the Billboard Alternative charts.

We the Kings will head to their next tour stop in the Philippines after playing at the Auburn college.