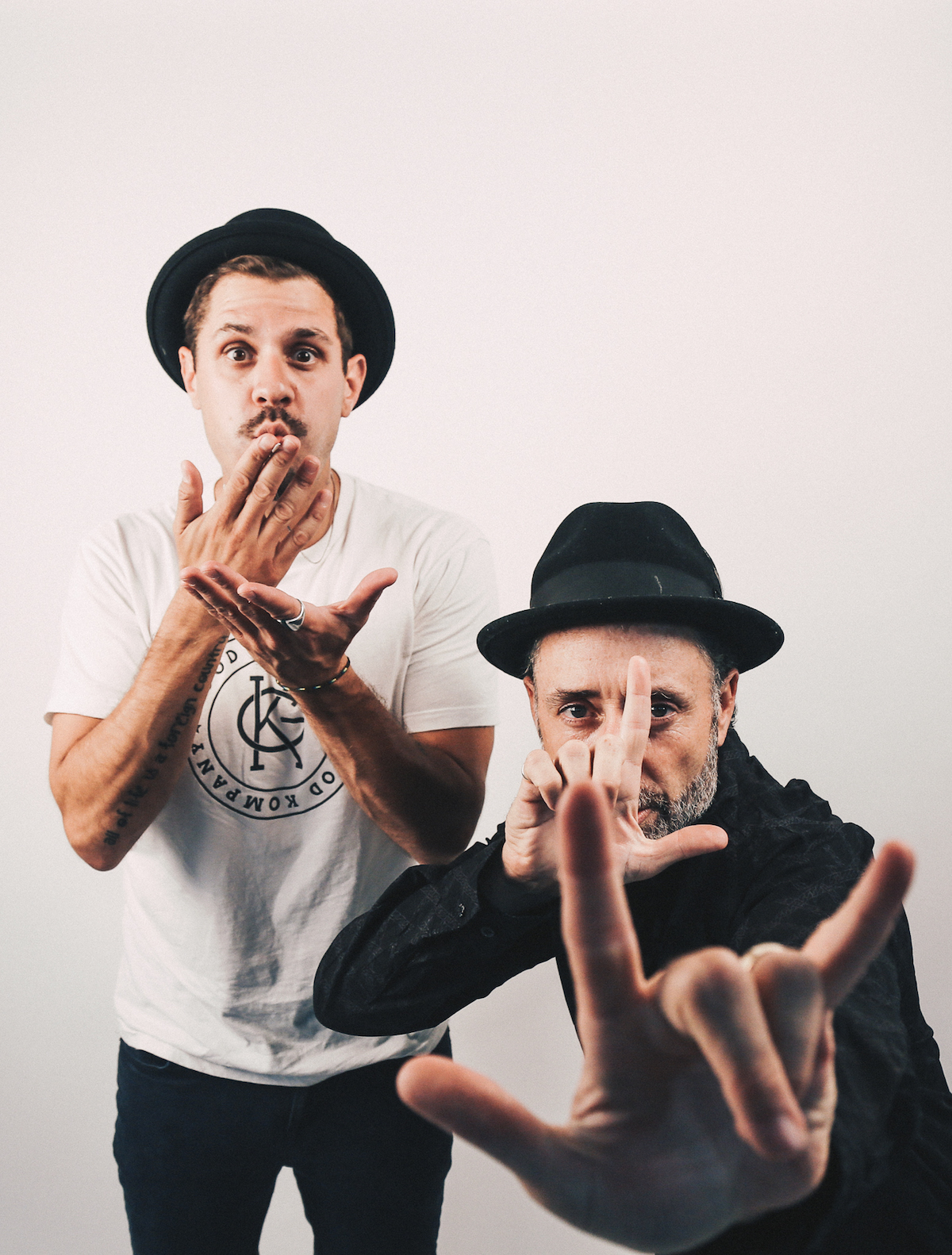 Vokab Kompany was started by Rob Hurt in 2006 and his debut album Liquid Language featured Killer Priest of Wu-Tang Clan.  This album featured Burkey on two tracks, “40Thieves” and “Soul Sista”, which served as the start of the collaboration between the two.  Burkey’s accomplishments include opening for poet Maya Angelou with his band Native Root and featuring on MTV Thailand and Bakery Music hip hop compilation T Hop with the band The Golden Triangle.  The band has most recently been releasing a number of acclaimed singles to keep the airwaves rocking and their recent single “Turn Me Out” was released by Gravitas Records and featured Lyrics Born.  Their single “Warm in the Light” from their collaborative EP with 9 theory titled Beneath The Shallows was featured by Forbes.  Their most recent LP, The Good Kompany Album, was released on January 20, 2016 to critical acclaim and includes guest features from Gift of Gab (rapper), Mitchy Slick, and more.  The release was followed up by a headlining West Coast tour that featured special appearances by friends and fellow collaborators on the album.  Vokab Kompany released V-Sides Vol. 1 (Kollabs and Remixes), a collection of collaborations, remixes and original songs, on New Kong Records December 17, 2013.  It included features from The Polish Ambassador, The Grouch, Knight Riderz, Love and Light, Stephan Jacobs and an official Zion I remix.  Vokab Kompany and Crush Effect released VKCE (a self-titled album) on New Kong Records December 18, 2012.  The album featured 10 Hip Hop /Electronic tracks with 4 singles featured in national commercials / television shows.  Most recently, VKCE has landed the song “World Wide” as the anthem for the new Sacha Baron Cohen “The Brothers Grimsby” movie, as well as a spot on Ja Rule’s MTV reality show.  “Taking You Places” was picked up by Starz movie channel in (2014 STARZ trailer), “Back to the Past” (2013 Kia Optima “Blake Griffin Time Travels -2006 Bench Press” commercial) and “Burn It Down” (Southern Comfort “Fiery Pepper” commercial).  “Back to the Past” was also featured on the television show Franklin and Bash.  VKCE debuted at #47 on the Itunes Hip Hop charts behind only major-label releases from T.I and Chief Keef among hip-hop albums released that week.  Most recently VKCE has landed sync placements with MTV.

Vokab Kompany’s Single “So Bright” from the album Quit Sleep has been featured in Kia Motors Summer Sales Event commercial (2010), NBC’s hit The Today Show on January 14, 2011, and was the featured anthem in both 2014 & 2015 in South Lake Tahoe’s tourism commercials.  Vokab Kompany was voted Best Hip Hop Band in 2011, 2012, 2015 and 2017 as well as Best Hip Hop Album of 2010 for their album The New Kong, and was the first hip hop band nominated for Album Of the Year in 2011 by the San Diego Music Awards.  They have played hundreds of shows and festivals including “The Do Lab Stage” at Coachella, Electric Forest, Shambhala, Summer Meltdown, Kaleidoscope Festival and Lightning in a Bottle as direct support for artists such as Cee Lo Green, De La Soul, Cage the Elephant, Del the Funky Homosapien, Wiz Khalifa, Matisyahu, Pepper (band) at the Playboy Mansion, The Wailers Band and have toured as direct support for acts such as Umphrey’s McGee, Collie Buddz, The Pimps of Joytime, and Zion I.  Vokab Kompany was also featured as the lead MC’s on Karl Denson’s Tiny Universe (Lenny Kravitz, Rolling Stones) nationwide RUN DMC tribute tour.

After long anticipation, Vokab Kompany is prepared to unveil its first record since 2015, Small Viktories, on Gravitas Recordings.  This masterfully crafted nine-track album is an audio journal of an expansive variety of themes that range from altruistic feels, party anthems, political commentary, and romantic intimacy.  Despite the multiplicity within these subjects at first glance, each track is connected with cutting hip-hop vocals and funky electronic soundscapes.  Featuring several collaborations with sensational artists, Vokab Kompany ensures this long awaited creation was well worth the wait.  Produced by bass music pioneer JPOD, “LikeThat” packs a powerful punch out of the gate that is full of soulful hip-hop to make you want to sing. Produced by Megan Hamilton, “Fabtastik” hastens the pace with her signature catchy grooves and funky sax riffs. Equipped with a thumpin’ groove by producer AHEE, listeners are soon warned it’s going to take a whole life to “GetItRight.”  A love story has its genesis in “Classic” through a decelerated alto, as deep affections are proclaimed towards the beloved.  Gangster rap legend Mitchy Slick joins in on “30StoresUp,”  produced by chil hop mastermind Cloudchord, as they look into a past life through melodious house tunes.  In collaboration with CrushEffect, “MVP” continues the love story with high-energy as listeners are welcomed into the inner thoughts of the captivated admirer.  In filtrating a state of euphoric bliss, Lily Fangz and MIDIcinal invite the duo to “Coffee&Chill.”  Mitchy Slick and Alfred Howard engage in deep commentary on contemporary politics in “PoliTricks” that simultaneously represents hope for change and inspires people to take care of their neighbor. Rounding the album out at nine, Vokab Kompany offers an instrumental version of “30 Stories Up” to provide an emotional conclusion to the eclectic collection.  You can connect with Vokab Kompany via the following links:

You can connect with Gravitas Recording via the following links: