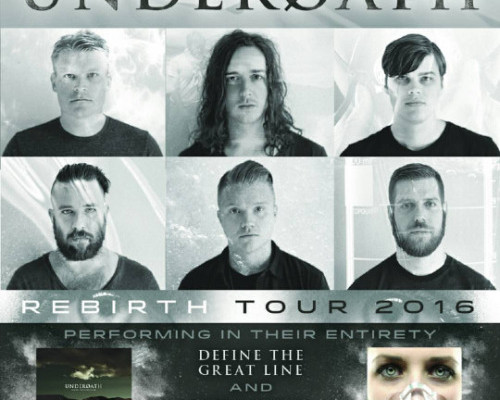 Underoath will be reuniting for their Rebirth Tour 2016 that kicks off in Florida on March 16th. The band will be performing their albums Define The Great Line and They’re Only Chasing Safety in their entirety. Check out the full list of dates below.