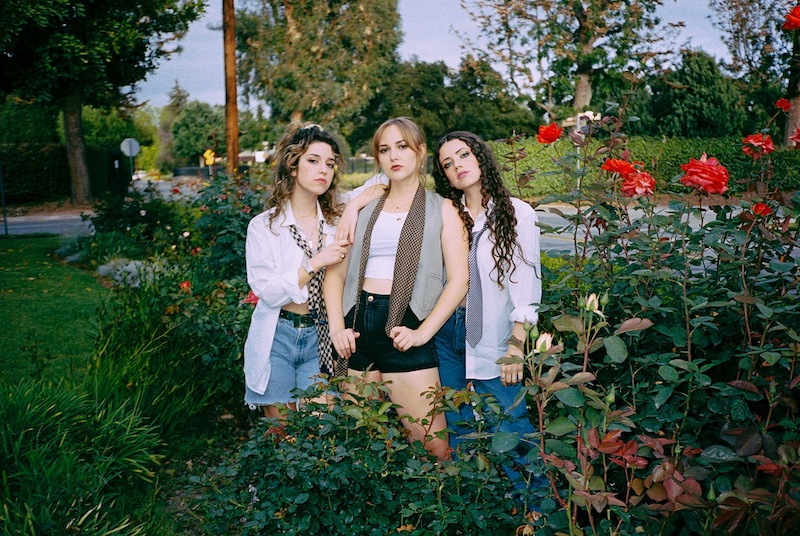 Fast-rising indie-folk trio Trousdale have released the music video for their latest single, “This Is It,” directed and produced by Nina Kramer, which urges listeners to stop, take a breath, and recognize happiness in the moment.  You can check out CMT’s premiere of the video HERE, where Trousdale discusses the motivation behind an all-female crew for the shoot.  Their desire to empower young women and spread a universal message of love and self-acceptance can be found rooted in both the message and the video for “This Is It.”  Capturing the friendship behind Trousdale, the music video “shows our goofy, fun-loving side.  It is somewhat of the antithesis of our last EP, Look Around. We’ve previously released songs that focus on heartbreak and loss. Alternatively, this song was born out of a genuinely fun night drinking and laughing at our favorite bar.  With the song and video, we aim to highlight the importance of savoring the simple joys in life, because they so often go unnoticed.”

The infectious optimism and enthusiasm of “This Is It” has resonated with both media and fans. Spotify and Apple championed the single with adds to multiple key playlists including Fresh Finds County, Next Gen Singer-Songwriters, and Country Risers while indie mainstay Consequence featured the friendship anthem in their weekly New Sounds round up and The Honey Pop proclaimed “‘This Is It’ is magical and we had to stan.”  Blending unflinching vocals and raw, transparent storytelling that mirrors their real-world vitality, Trousdale has developed a devoted and engaged community on TikTok and other corners of the internet with “This Is It” mirroring the success of their previous releases.  Their fanbase, along with supporters like the Jonas Brothers, Dan and Shay, John Mayer, Jensen McRae, and Betty Who, have propelled the trio’s self-produced single “Wouldn’t Come Back” to over 2 million streams and their cover of “Wouldn’t It Be Nice” by The Beach Boys to over 1 million streams.
Trousdale has garnered comparisons to Kacey Musgraves, The Chicks and HAIM, and prompted A1234 to compare their passionate lyrics and evocative storytelling to icons like Taylor Swift and her latest critically acclaimed albums Folklore and Evermore.  Additionally, their singles “Better Off” and “Happy Anymore” along with “Wouldn’t Come Back” from their debut EP Look Around led to The Radar Station naming them the #1 Emerging Global Roots Artist and the #7 Emerging Global Artist, while landing on some of Apple Music and Spotify’s top Americana, Folk, Singer-Songwriter and Mood playlists including Roots Rising, Women of Folk, and Infinite Indie Folk.  You can connect with Trousdale via the following links.  Photo credit: Caity Krone.
TIKTOK | INSTAGRAM | SPOTIFY | YOUTUBE | FACEBOOK | TWITTER