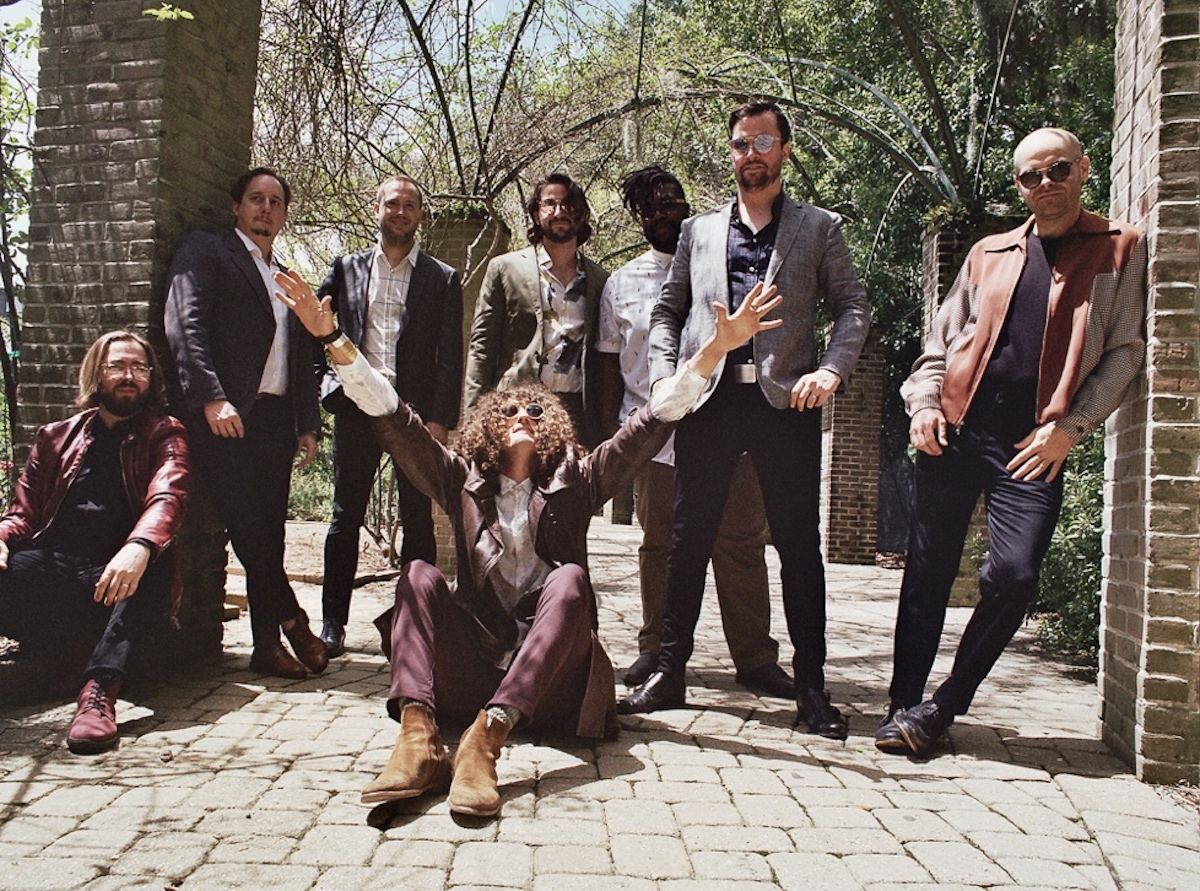 Chart-topping rock band The Revivalists have released their Made In Muscle Shoals live studio video for platinum-selling, #1 Alternative and Triple A hit “Wish I Knew You.”  Providing a moment of connection during this difficult time, the band unveiled the video through an online Easter egg hunt, leading fans through a series of clues embedded in their previously released videos.  The Revivalists’ breakout single became a slow-burning crossover smash and set a record for most single-week spins ever at Alternative radio.  During their Made In Muscle Shoals sessions – recorded and filmed at the legendary FAME Recording Studio in Muscle Shoals, Alabama – the band re-imagined the song, stripping back to piano as front man David Shaw’s distinct, soulful vocals soar above the band’s lush background harmonies.  At the top of the year, The Revivalists surprised fans with their Made In Muscle Shoals live studio EP and accompanying documentary. The EP features brilliant re-imaginings of the band’s hit singles “You and I,” “Oh No,” “Change,” and “All My Friends” from their latest studio album, Take Good Care (Loma Vista Recordings), a soulful rendition of The Bee Gees’ “To Love Somebody,” and a brand new song “Bitter End,” as well as “Wish I Knew You.”   The documentary, directed by Jay Sansone of Human Being Media, further captures the essence of the band at this exciting time in their 10-year journey, giving the deepest insight yet into what makes the band tick against the backdrop of Muscle Shoals, a location steeped in the many classic styles of American music that informs the New Orleans-based band’s signature sound.  Due to CDC guidelines and in compliance with local, state and federal government mandates regarding COVID-19, select dates on The Revivalists’ Into The Stars Tour have been rescheduled. Please visit www.therevivalists.com for more information.  The Revivalists also established their philanthropic umbrella fund, Rev Causes, which supports the essential work of organizations dedicated to reviving and investing in our communities, health, and environment. $1 from every ticket sold on the Into The Stars Tour will be donated to a variety of organizations that are close to the band’s heart, including  Center for Disaster Philanthropy, Everytown For Gun Safety Support Fund, National Alliance on Mental Illness (NAMI), Songs for Kids Foundation, and Upturn Arts.

The Revivalists had been grinding for 10 years when their now platinum-selling single “Wish I Knew You” took off.  Amassing more than 410 million total streams, the band has performed on numerous television shows including The Late Show with Stephen Colbert , Jimmy Kimmel LIVE!, Ellen, TODAY, and Austin City Limits, and have garnered major media attention from the likes of Rolling Stone, NPR, Billboard, Buzzfeed, Entertainment Weekly, USA Today, Forbes, Salon, HuffPost, Grammy.com, Alternative Press, Paste, UPROXX, Flaunt, Nylon, No Depression, and more for their “creative, compelling blend of musical ingenuity and heart” (Billboard) and their distinct mix of “just about every classic school of American music” (UPROXX).  Variety praised the band as “good old-fashioned rock and roll” while Rolling Stone lauded them as an “Artist You Need To Know” and Boston Herald called them “budding superstars.”  They were nominated for a Billboard Music Award and two iHeartRadio Music Awards, were named Billboard’s Top New Rock Artist of 2017, and have three years of back-to-back sold out headline tours in their biggest venues to date. The Revivalists are: David Shaw [lead vocals, guitar], Zack Feinberg [guitar], Andrew Campanelli [drums], George Gekas [bass], Ed Williams [pedal steel guitar], Rob Ingraham [saxophone], Michael Girardot [keyboard, trumpet], and PJ Howard [drums, percussion].   You can follow The Revivalists and stay up-to-date on all upcoming news and music, as well as stream and purchase their music, via the following links.  Photo credit: Zackery Michael.