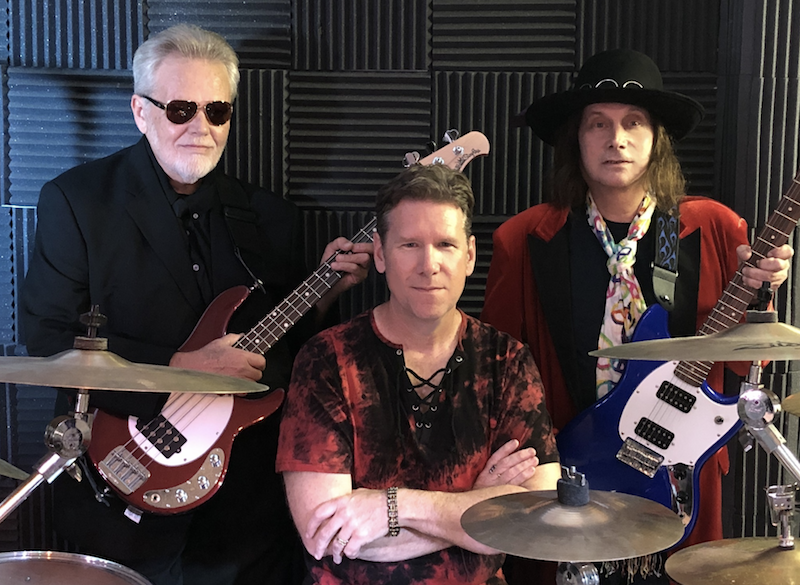 Brooklyn-based rock band The R Train has truly outdone themselves with their newest adrenaline-pumping single, “Timeline”.  The song doesn’t hold anything back when it comes to rock and roll flare, with a driving drum beat, a lively tambourine, and a killer guitar solo complimenting singer Jeffrey Black’s vocals.  The message of the song is all about how we don’t know how much time we have on this Earth, so we might as well live to the fullest.  It takes the concept of human mortality and makes it into an awesome modern rock song.  This is definitely a release that you won’t want to miss from The R Train.  With Black on vocals and guitar, Mike Annese on vocals and drums and Denny Lee on bass and harmonies, each member of The R Train brings their own unique talent to their songs, with “Timeline” being a perfect example.  The song turns the energy fully up from the start with Annese’s drum fill and doesn’t stop there.  It keeps bringing more and more of a call to action from listeners to live their lives as fully as they can, and the call has a truly hardcore instrumentation to back it up.  The power of The R Train is undeniable and “Timeline” is a truly awesome example of why they should have such a solidified spot in the modern rock scene.

“The message is “be happy you are alive and don’t waste your time or throw it away.”  The music is engulfing, and the chorus is relentless.  The cleaver signature drum fill on the bass drum and snare drum is a purely classic maneuver.  Here we have a song with a message for the masses.”

The R Train Band jumps out immediately to set the tone of their story of time dressed in musical hooks and a performance ready style that is sure to catch on fast.  “Timeline” grabs you quickly with drummer Mike Annese’s one two punch drum roll followed by the infectious rhythm of Denny Lee’s twisting bass lines and Jeffrey Blacks soaring vocals and an Eric Clapton like slow hand guitar style. The sincere lyrics drive at the idea of life is short and too precious to waste it, all presented through an authentic contemporary power rock trio driving at the edge of a New Modern Rock sound.   With this single the band zeroes in on the cycle of life itself and its common denominator called “time.”  The haunting sage vocal, encouraging guitar work, orchestrated bass lines and crushing drums make a poignant statement.  It’s all about who we are and how we define ourselves.   With backing from a studio as famous as Battery Studios, who also produced tracks for people like Aerosmith and John Lennon, it is no wonder The R Train is as legit as they are.  You can connect with The R Train via the following links: