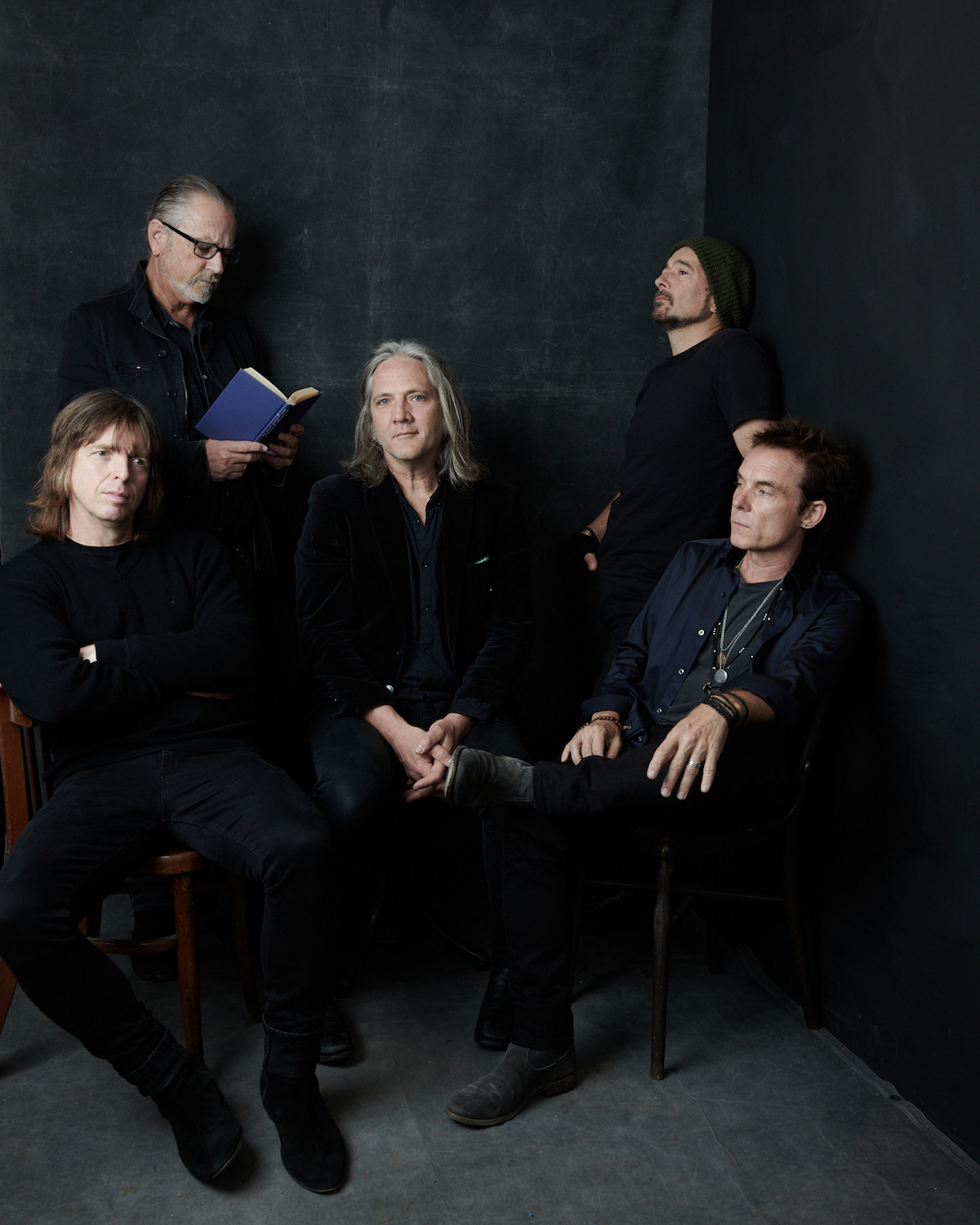 “‘The Hypnogogue’ is set in 2054… a dystopian and broken down future,” explains Steve Kilbey, bassist, vocalist and founder of seminal Australian psych-guitar masters THE CHURCH about their recently released new single and video “The Hypnogogue”, released via Communicating Vessels/Unorthodox. “Invented by Sun Kim Jong, a North Korean scientist and occult dabbler, it is a machine and a process that pulls music straight of dreams.” The latest single from the ARIA Hall of Fame inductees, “The Hypnogogue” is a swirling, textural epic that captures the band’s trademark psychedelia-tinged post-punk dreampop and imbues it a modern sensibility that’s heightened by a mix from Darrell Thorpe (Radiohead, Air, Beck).  “The song is about Eros Zeta, the biggest rock star of 2054 who has traveled from his home in Antarctica (against his manager’s advice) to use the Hypnogogue to help him revive his flagging fortunes,” he continues, fleshing out the song’s science fiction storyline. “In the midst of the toxic process, he also falls in love with Sun Kim and it all ends tragically (of course…as these thing often do).” Mirroring the narrative created within the lyrics of the song, the video’s rainy, neon-drenched retro-futurism establishes a world not unlike that of Ridley Scott’s Blade Runner or Terry Gilliam’s 12 Monkeys. Directed by Australian filmmaker Clint Lewis, “The Hypnogogue” builds an atmosphere that faithfully captures the essence of Kilbey’s fantastical storyline. “I gave the director a lot of input into this video but he took my ideas and ran with them and came up with a fair bit of stuff I never envisaged,” Kilbey smiles. “The Church appear on screens in the Hypnogogue as workers in the system, translating the dreams of users into real time music.  I’m very happy with the way it all turned out. It’d be hard to get a better result!”

Entering the fourth decade of making music and playing live shows with all the fierce creative energy of their early years, The Church have been hard at work on their 26th album, the follow-up to 2017’s Man Woman Life Death Infinity which PopMatters called “a 21st-century masterpiece, a bright beam of light amid a generic musical landscape, and truly one of the Church’s greatest releases.” Planned for release in early 2023, its first single “The Hypnogogue” is just a precursor to the music that the band is prepping for release. Starting out in 1980, The Church have continued to expand their highly cinematic and atmospheric blend of indie rock, shimmering post-punk, icy dreampop and psychedelic post-rock without retreading their steps. Their expansive music career yielded a string of hit songs including “Under the Milky Way,” “Reptile,” “The Unguarded Moment” and “Almost With You” amongst others and their equally stellar live shows have been deemed “spectacular” by MAGNET Magazine, citing their “dreamy psychedelia that will daub your evening with shades of paisley.”  Their most recent U.S. performance at 2022’s Cruel World Festival alongside Blondie, Bauhaus and Morrissey was heralded as “a subtle delight… that captivated the late afternoon audience” (Orange County Register), “providing the perfect soundtrack” (Rock Cellar Magazine). The 2022 epic five-piece line-up is bassist, vocalist and founder Steve Kilbey; with long-time collaborator Tim Powles, drummer and producer across 17 albums since ’94; guitarist Ian Haug formerly of Australian rock icons Powderfinger, who joined the band in 2013 and Jeffrey Cain (Remy Zero), touring multi-instrumentalist who is now a full-time member of The Church since the departure of Peter Koppes in early 2020. The band have also recruited Ashley Naylor, long-time member of Paul Kelly’s touring band and one of Australia’s finest and most respected guitarists (Even, The Grapes, The Stems). You can connect with The Church via the following links. Photo credit: Hugh Stewart. Bio taken from press release.