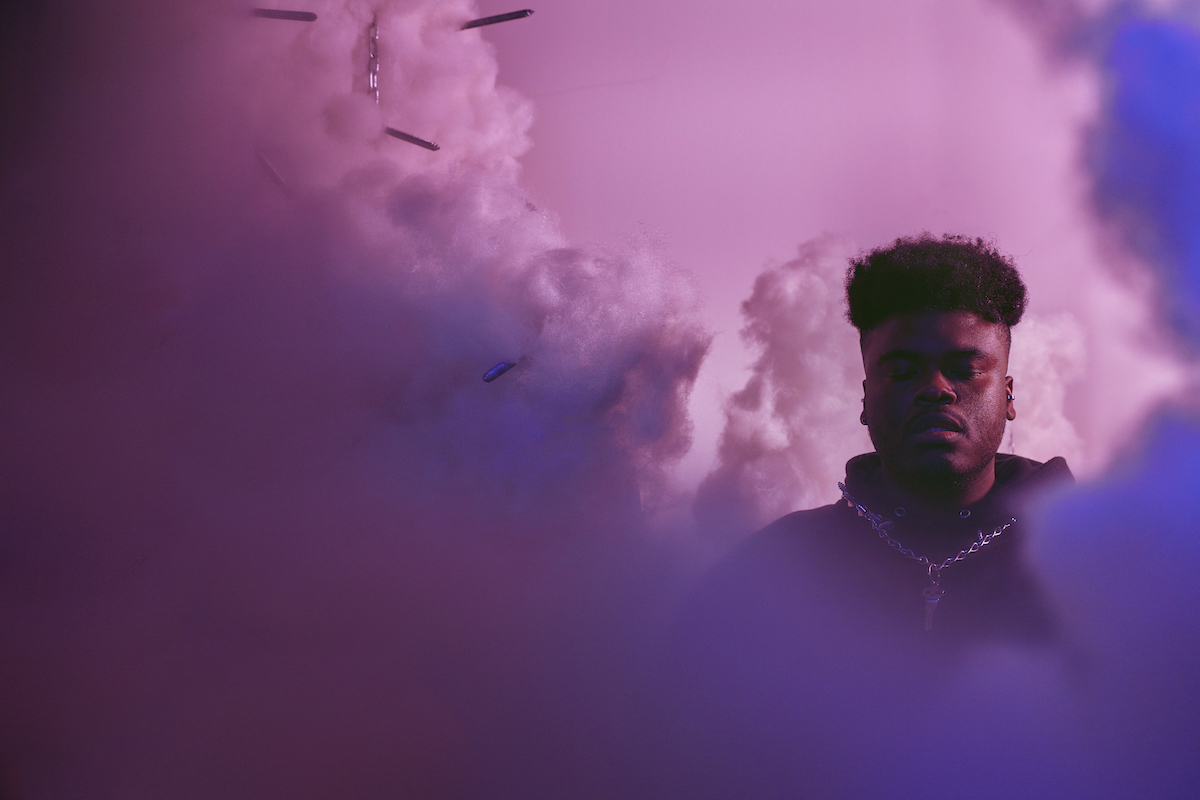 “Boys Don’t Cry” is the next powerful release from soulful Montreal singer-songwriter, Tedy.  The emotionally charged track rides an expressive journey through feelings of fear, sadness, acceptance, and finally empowerment.  It tells the tale of always having your guard up, showing no weakness, only to realize the strength in your own vulnerability.  The track was produced by Mike Sonier (Noah Cyrus, The Weeknd, Julia Michaels, ABRA, Maggie Rogers) and co-written with David Charles Fischer (Bülow, renforshort, SHAED and Cheat Codes).  Recently, Tedy has been busy building his Tik Tok following and currently has amassed an impressive 769k+ followers since April and 35 million likes, his Instagram has doubled, and his Spotify hit 242k followers.  Tedy is set to release his debut EP Boys Don’t Cry in fall 2020, via Sony Music Entertainment Canada Inc, which will include previous singles “War” and his first major label single “Stuck.”

Tedy is a 27-year-old soulful, alternative, rhythmic pop Montreal-based artist, originally from Haiti. The emotive singer’s musical style couples introspective song writing with a wide vocal range.  There is an undercurrent of thoughtful and creative collaboration that runs through  all of  Tedy’s  music. It’s  the desire to make a connection, whether it’s between lyrics and melodies, or the reaction from the song to the listener.  Tedy  has always strived to have a meaningful response to all of his creative endeavours.     At the start of 2019, Tedy went into the studio to work on his major label debut, continuing his sound and creative evolution.  “The songs are pulled from my life,” says Tedy. “For me, writing songs is therapeutic.”  To that end, the first track from  Tedy’s  new body of work, “Stuck”, is a fitting launch to this new phase of his life.   The infectious smile and warmth that are the essence of  Tedy,  are now juxtaposed with the stark and haunting music he makes – those sounds in  Tedy’s  head .  “Stuck” is a powerful song co-produced by Mike Wise (Bulow, Ellie Goulding,  Chainsmokers,  Upshal) and Herag  Sanbalian and is  about sadness, depression and self-destruction.  It underscores that despite whatever traumatic situation we have experienced, we need to accept the good and the dark side of ourselves in order to move forward.    Although this is his first major label debut, he is no stranger to creating and releasing music as an independent artist. With over  16M+ global Spotify streams,  242k monthly listeners and  1M+ YouTube subscribers  across his music and video response channels, he already has fans eagerly awaiting new music.  His previous singles “Can I”, released February 19, 2016, accumulated  3.6M+ worldwide streams on Spotify  and “Hold on Tighter”, released July 27, 2018 has streamed  over 1M+ worldwide on Spotify.   You can follow Tedy and stay up-to-date with all upcoming news and music, as well as stream and purchase his music, via the following links.  Photo credit: Mathew Guido.