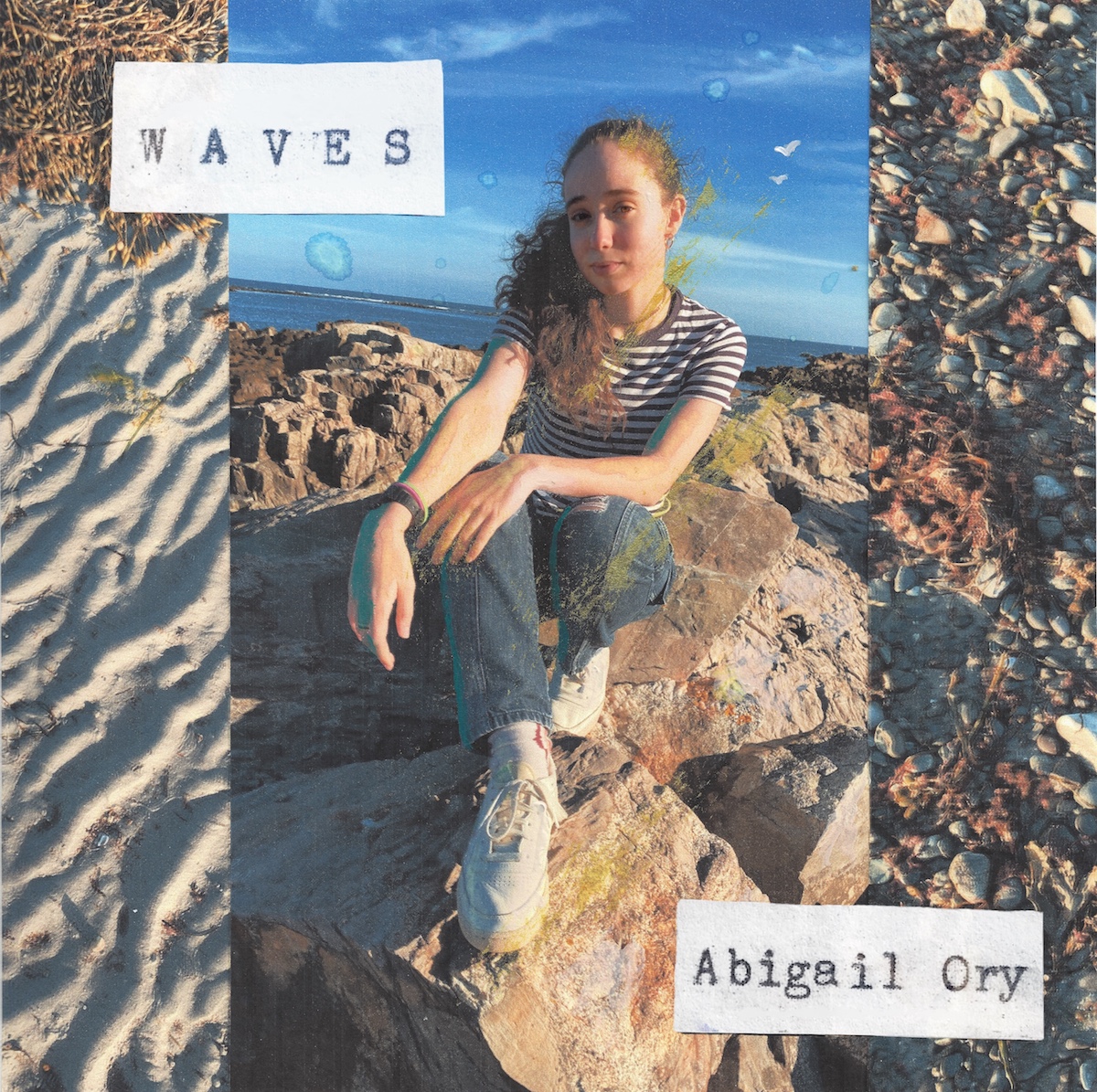 Singer/songwriter Abigail Ory recently released her new single “Waves”, which premiered in The New Nine on Tuesday, July 7th.  “Waves” was originally written during Ory’s childhood and re-visited with her mentor and esteemed songwriter, Donna Lewis (“I Love You Always Forever”).  The song, produced by David Baron, speaks of the temporality of interpersonal relationships and the acceptance of change & loss and was largely inspired by the book “The Invention of Morel” by Adolfo Bioy Casares.  Ory self-describes her music as “weird pop”, citing MARINA and the Violent Femmes as her main sources of inspiration.  On the creative process behind “Waves”, Ory exclusively shared with The New Nine, “I kept revisiting the song over the years adding to it bit by bit, but I revamped it altogether with singer/songwriter Donna Lewis the first time I met her about a year and a half ago.  Donna and I presented our overhauled “Waves” demo to producer David Baron, who then agreed to record it with me.  It was my first song with him, and my first full session in a professional studio.  It was a crazy experience, and one I’m so glad I got to have with a song that had stuck around in my life for so long.  Fourteen-year-old me was proud to say the least!”  Ory is currently working on her debut EP to be released later this year.  A genre deviant, Ory set out to create her truest interpretation of what was going on inside of her head, and in doing so, made something unlike anything she’d ever heard before.  Unlike many of her peers, Ory cites the differences between her songs as the center of her EP.  While each song has their own distinct sound, they all push confines and defy the classic pop sound.

Abigail Ory is a Boston-based singer-songwriter making music her way.  Weaving the eeriness of her small-town New England upbringing with her present-day perceptions, Ory’s music is familiar and innovative, binding the past with the present.  Growing up, Ory was first exposed to music by her mother, a choreographer and amateur folk musician but it wasn’t until she heard “Appetite For Destruction” by Guns N Roses that she felt grabbed by music in a way she had never experienced before.  After forming a childhood cabaret punk band at just 13 years old, Ory found her niche in songwriting.  Self-described as “weird-pop”, Ory has curated a unique sound all of her own.  “When I’m making music, I try to be as truthful with the material as I can be, and while my music still has a pop structure, it continues to feel and sound like nothing I’ve heard before”, she explains.  Ory largely draws her influence from a number of areas including the honest and open lyricism of Marina and The Diamonds to the sharp musicality of the Violent Femmes.  Her debut EP will be released later this year.  You can connect with Abigail Ory via the following links: