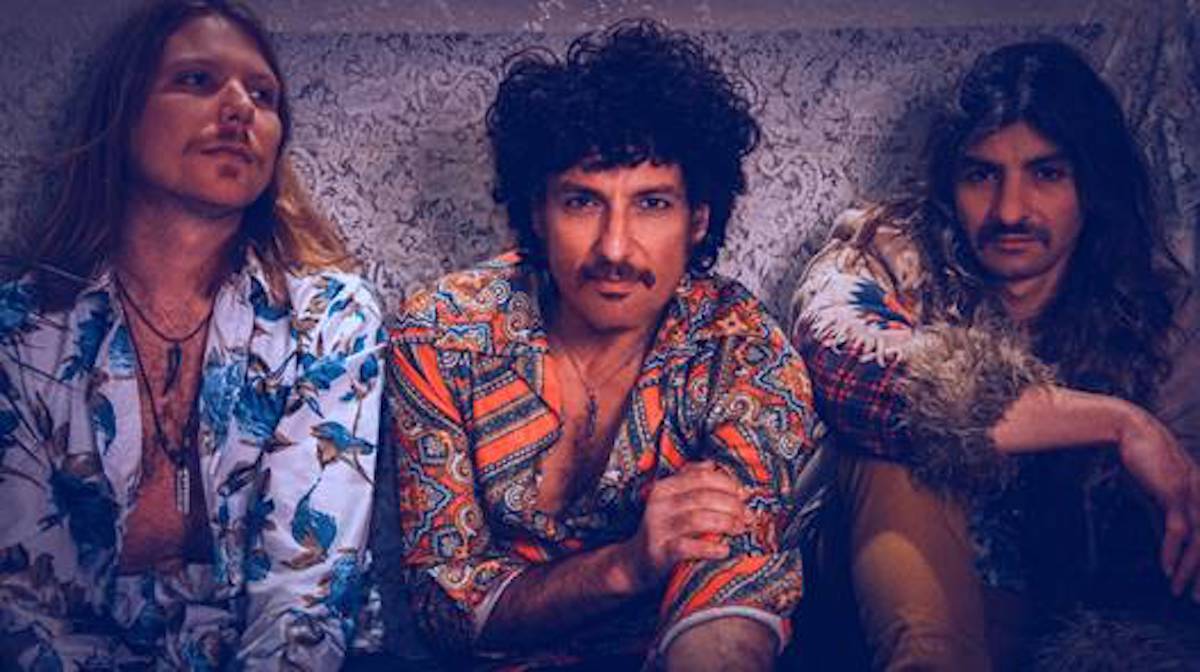 Retro rock-n-roll band Them Vibes have just released their feel good five-song EP titled, Why The Funk Not.  Frontman Brother Love says the collection of tracks is designed, quoting Keith Richards, “to put the roll back into rock…to get people up and dancing.”  “We just began writing songs that naturally came out like that, so we decided to release them all together before starting our next full-length album,” says guitarist Alex Haddad.  “We wanted to surprise people and pay homage to music we really love.”  Brother Love added, “We grew up on dance music.  Recording these tracks was such an organic process.  It came naturally to us.”  Why The Funk Not includes previously released singles “Powers Collide” (co-written by Alex Haddad, Brother Love and Sarah Tomek) and “Right On,” which features vocals from frequent collaborator Maggie Rose.  The latter has garnered airplay on Nashville’s indie/Triple A powerhouse WRLT Lightning 100, ranked it #4 on its list of Top 200 Songs of 2019.  The final track on the EP, “Sinners Revelry,” is set up as a teaser for the bands forthcoming more rock n’ roll-influenced full-length (release date TBC).  Described as sounding like the product of “the Kinks and Led Zeppelin spending a wild night in the French Quarter and writing a song about it,” Haddad came up with the original riff on a $300 Harmony 12-string acoustic guitar he received as a birthday present from Brother Love.

Formed in East Nashville by Brother Love and guitarists Alex Haddad and Kyle Lewis, Them Vibes are a central part of Music City’s thriving rock scene.  The band has shared the stage with notable acts including Maggie Rose (whom they frequently tour and collaborate with), Joan Jett, Cage the Elephant, Cheap Trick, Lynyrd Skynyrd, The Flaming Lips, Marcus King Band, and Trey Anastasio. The band has also been featured on CBS’s NCIS: LA, ABC’s The Rookie, Showtime’s Shameless, Amazon’s Sneaky Pete, Netflix’s The Ranch, a National T-Mobile campaign and more.  You can follow Them Vibes and stay-up-to-date on all upcoming band, music and tour news, as well as stream and purchase their music, via the following links.  Check out their upcoming tour dates below.