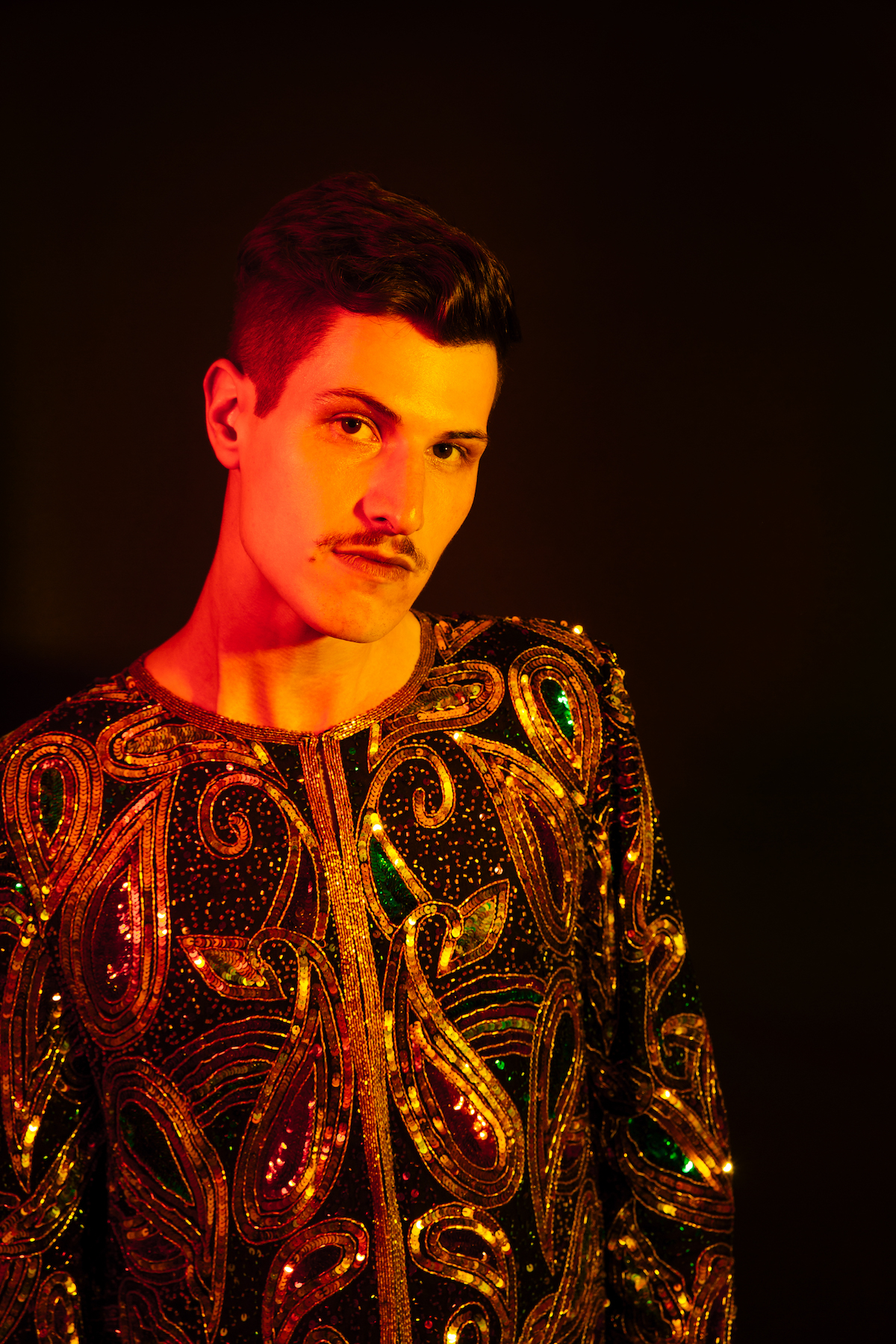 Stefan Alexander is an NYC-based queer pop singer-songwriter. He grew up in an artistic household in Northampton, Massachusetts and can play the cello, mandolin, piano and guitar.  Alexander attended NYU’s Clive Davis Program and while there he formed a folk band with pop singer Phoebe Ryan.  The NYC folk clubs offered him a way to practice and perfect his songwriting skills and it was through this experience that he realized his desire to be a pop musician.  He began to collaborate with producers Elliot Jacobson (Veritè/Elle King) and Andrew Horowitz (Janelle Monae/John Legend) in order to find his sound.  He released his first single “Skeleton” three years ago to critical acclaim and garnered over 1M streams on Spotify.  Sadly, Stefan was forced to take a 3 year medical hiatus to diagnose and rehabilitate from a mysterious pain disorder that kept him from performing. However, since the beginning of 2019, he has finally been able to perform and release new music again, culminating in his debut Thunderclap EP in August of this year.  Stefan has used his platform to speak honestly about his chronic illness and hopes his story can inspire others to overcome whatever challenges they may be facing in their lives.  With more new music coming out through the beginning of 2020, the future is looking bright for Stefan Alexander.

Today sees the premiere of his latest track “Oops (Oh My)”, an incredible cover of the Tweet (featuring Missy Elliot) track.  Alexander had this to say about the track- “I’ve loved “Oops (Oh My)” since I saw it for the first time on a music video countdown back in 2002. The song is incredibly nostalgic for me.  Back when I was a kid, the song (and the iconic music video) felt so scandalous in the best way possible. Now, from an adult perspective, I understand the lyrics to be about self-pleasure and independence, especially for women and femme-identifying folks, who are too often stigmatized for their sexual desire.  The message is timeless!  I tried to modernize the song with some more current production, but I wanted to stay true to the original as much as possible.  The most important thing was to keep the sensuality of the original, so hopefully that comes through.  2020 is going to start off with a bang! I’ll be releasing my second EP at the beginning of the year, followed by more music through the spring and summer”.   He performed recently at the first ever ASCAP Pride event.  You can read an interview they did with him HERE.  You can follow Stefan Alexander and stay up to date on all upcoming music and artist news, as well as stream and purchase his music, via the following links: