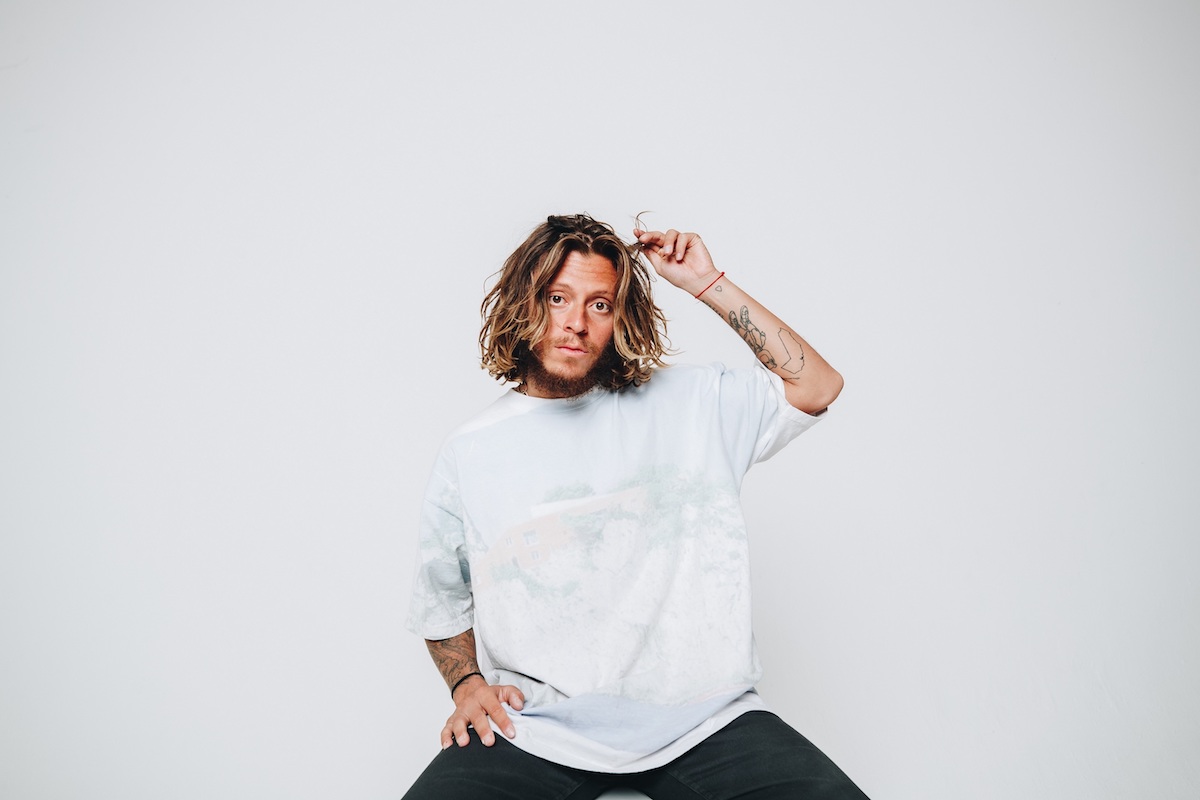 Rising alternative force Stay Over has released his deeply personal single “Happy”, a bass-heavy bop that challenges societal expectations of what it means to be happy and encourages people struggling with their own mental health to connect and realize they aren’t so alone.  “Happy” is out now on GRAMMY-nominated artist and producer Cisco Adler’s Bananabeat Records, who produced the track alongside Robbie Winward.  “I wrote and recorded this song in Philly at the house I grew up in,” says Stay Over.  “It’s about growing up.  It’s about me trying to figure out what the fuck is going on.  Trying to figure out why I’m not as happy as I used to be.  Everyone in my life used to know me as the happy kid.  Then over time I started getting sad.  It’s been confusing.  I’m coming to terms with it.  Asking questions.  Searching for answers.  Trying to figure myself out.  Accepting who I am and being okay with it.”

Stay Over’s previously released single “Breaking Glass” appeared on Spotify’s New Alt playlist and speaks to feeling trapped inside your own head, organically amassing over 113k Spotify streams since its release.  “Happy” unpacks Stay Over’s emotions and experiences by converting them into positive change through no-holds-barred lyrics before pairing them with lo-fi bedroom beats, arena-ready guitars, and skyscraping choruses.  Drawing inspiration from a diverse array of influences such as Kid Cudi, Death Cab for Cutie, and even Shakespeare, Stay Over places human connection at the forefront of his art and uses it to explore deeply personal themes of love, loss, happiness, grief, and his own struggles with mental health to encourage people to connect, empower them to speak about their issues, and help them realize they aren’t so alone. Creating vast, genre-bending soundscapes by blending alt rock and post-urban trap with his distinct hip-hop sensibility and alternative energy, Stay Over is based out of Cocoon Malibu, an incubator and creative gathering place for the next-generation community of musicians, producers, directors, and visual artists and the brands that support them.   You can follow Stay Over and stay up-to-date on all upcoming music, artist and tour news, as well as stream and purchase his music, via the following links.  Photo credit: Anthony Campusano.