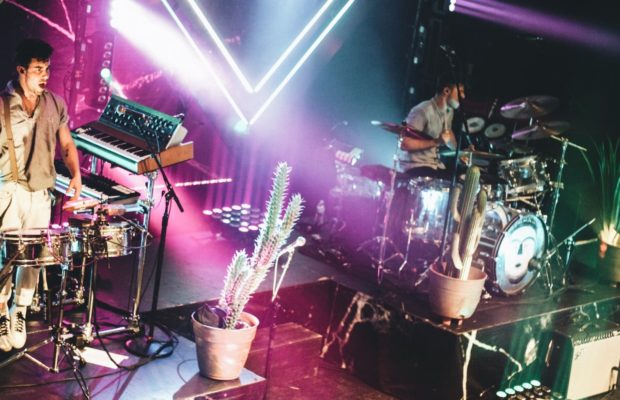 The House Of Blues // Boston, Massachusetts

In May of 2014, St. Lucia performed at the House of Blues as a support act for Foster the People. Now, over two years later, they headline the Boston venue on their fall tour of North America. They are touring on their second full length album, Matter, which was released in January of this year. The album features singles, like Love Somebody and Dancing on Glass, which are infused with the sound St. Lucia has become known for. The band is comprised of Jean-Pilip Grobler – the South African born lead- who is joing on stage by Patti Bernek, Ross Clark, Nick Paul and Dustin Kaufman. Together they put on a show filled to the brim with an unprecedented amount of liveliness and personality. It was clear to see that as soon as the band took the stage, each member of the audience painted a genuine smile across their face. For although the weather of Boston emitted a cold atmosphere, St. Lucia transformed the venue into a warm and passionate environment. The stage set up was as if their album art came to life. Cacti and Aloe plants adorned the stage, scattered about. Singles from their newest album stuck out for their energy. While fan-favorites got the crowd moving. St. Lucia ended their set with their quintessential song “Elevate”, which was the point in the set when you could see the entirety of the crowd jumping up in unison. Although the night ended with people flooding out the venue, scattering in different directions, the memory of this show and the experience are not things easily forgotten.