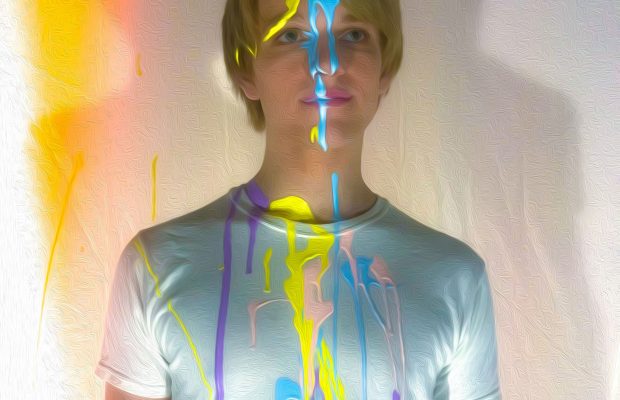 Rough around the edges SOFT SIGHTS’ debut album, _MELANCHOLIA_ an ambitious project, that needs a little bit of refining. SOFT SIGHTS is the brainchild of twenty-one year old Sam Rugers. While I didn’t find the album great, I have to admire Ruger’s ambition to create something on their own. The young pop star takes inspiration from acts such as Lorde and St. Vincent. The influences is there musically an some what lyrically, but I find SOFT SIGHTS lyrics to feel a little dated and cliché.
The thoughts Ruger is trying to express come from a genuine place, but they’re too blunt and little jagged for my taste. SOFT SIGHS has idea that are big and they’re working them out in the clearest way possible for them. I don’t blame them for this, especially when they’re trying to find their footing. It’s easy for music get clumsy with metaphors that sound messy. The choice to keep lyrics more straight forward is safe one, but I think SOFT SIGHTS should challenge themselves in the future. With my critiques in mind there is still no doubt that SOFT SIGHTS honesty on the album will connect to people. Tracks like “I’m Pretty” which Ruger’s describes being about being “Stuck between two genders, used to letting people down, accepting yourself for the mess” is a message that many young queer people might feel a connection with. I wholeheartedly admire what SOFT SIGHTS is trying to with _MELANCHOLIA_ and with the project being less than a year old there’s still so much time for SOFT SIGHTS to grown and find itself better.
Where most of the album is a lyrical miss from me, I did enjoy the synth-pop sound. The use of guitar riffs in tracks like “Get In Line” and the track that I liked the most “Retaliate” are very St. Vincent. The music itself is relaxing, but not boring. I am very impressed with _MELANCHOLIA_, but there is no denying that SOFT SIGHTS has a lot a of room for growth, but I’m sure they will.