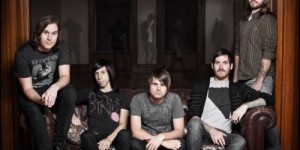 “We have signed to Hopeless Records! We have been huge fans of the label since their inception and they have become great friends of ours over the years. It is great to work with people who not only get what we do and still embrace the scene, but also actually helped create it. After talking to many labels, we felt we would be the most at home here with Louis, and the entire Hopeless Records staff.”