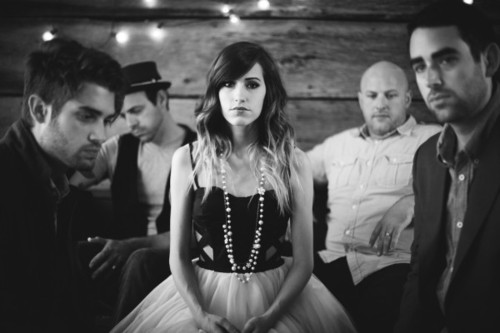 States have reached their Kickstarter goal to fund thier upcoming album. They have now announced a new $25,000 goal and if it gets reached, there will be some bonus add-on gifts for the backers of the project. You can donate here.

“Another huge “thank you” to everyone. We are truly honored and humbled by your support.

To utilize these final two days, we’ve decided to do a “stretch goal”. A stretch goal allows us to try to raise more money to go towards the record, and also share some bonus add-on rewards with all of you if we hit it. Here’s the details…

Backer-Only Online Chat/Acoustic Performance: This will be a fun evening that we will share with you guys. You’ll be able to email us questions ahead of time, and we’ll pick our favorites to answer; we’ll also be answering questions on-the-fly during the chat. We’ll be doing an acoustic performance, as well, including both old and new songs (and maybe a cover!). On top of that, we’ll be able to show you guys some of the new tracks that will be in process, so you’ll get a sneak peak at how the record is shaping up. It’ll be a blast.

Exclusive 7-Inch Vinyl: We’re really excited about this. This would be the first vinyl that States has ever done. It will include one track from the record, and one exclusive b-side. It will be pressed on colored vinyl and look awesome. We will post an online poll with color options so you guys can help determine how it turns out. If we hit the stretch goal, any backer who has pledged $80 or more will receive this extra reward.

The $25,000 Goal: The extra money that we raise will go towards mixing. At the moment, we will be mixing the album ourselves. Since we are self-producing, though, sometimes it’s great to get an outside perspective. Getting another mixer involved on a few of these songs could bring a great dynamic to the record.

We can’t thank you all enough. We’re so excited to have you directly involved with the making of this album. We can’t wait to share these new songs with you. Keep spreading the word so we can make this record as great as possible!

All our love,
states”