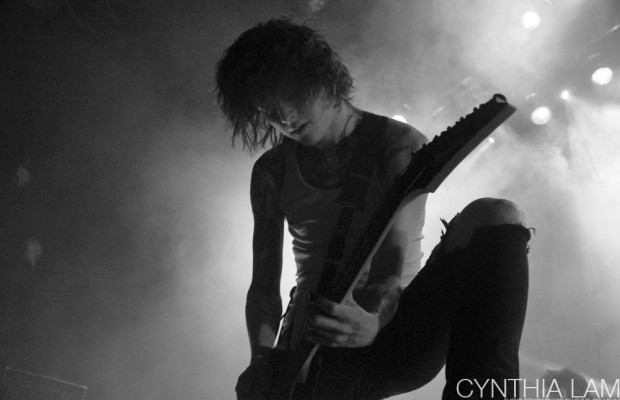 Throughout the month of March, I heard a lot of talk from my friends and people at school about the Reckless and Rentless tour. With a good, solid line-up and variety of bands, the tour had a little something for everyone.

As I walked in the venue the night of the show, the first band Lower Than Atlantis was already playing. They had a nice, loud sound and as I made my way through the crowd there was a good pit going on already. It’s a very rare sight to see a pit form during the first band, but it also showed that the night was going to be a good one.

Evergreen Terrace, Miss May I, Chiodos and Emmure all put on great sets which really got the crowd involved. One memorable moment was definitely when Levi Benton from Miss May I called for the crowd to crowd surf. Shortly after he did there was an explosion of crowd surfers, and it seemed to be the same twenty kids who were surfing over and over.

Asking Alexandria started off their set strong and the crowd quickly got involved jumping up and down, opening the pit, and crowd surfing. With a very loud sound and a good live presence, they brought good vibes to the whole crowd.

Overall, this show was definitely a show that the Edmonton music scene needed.