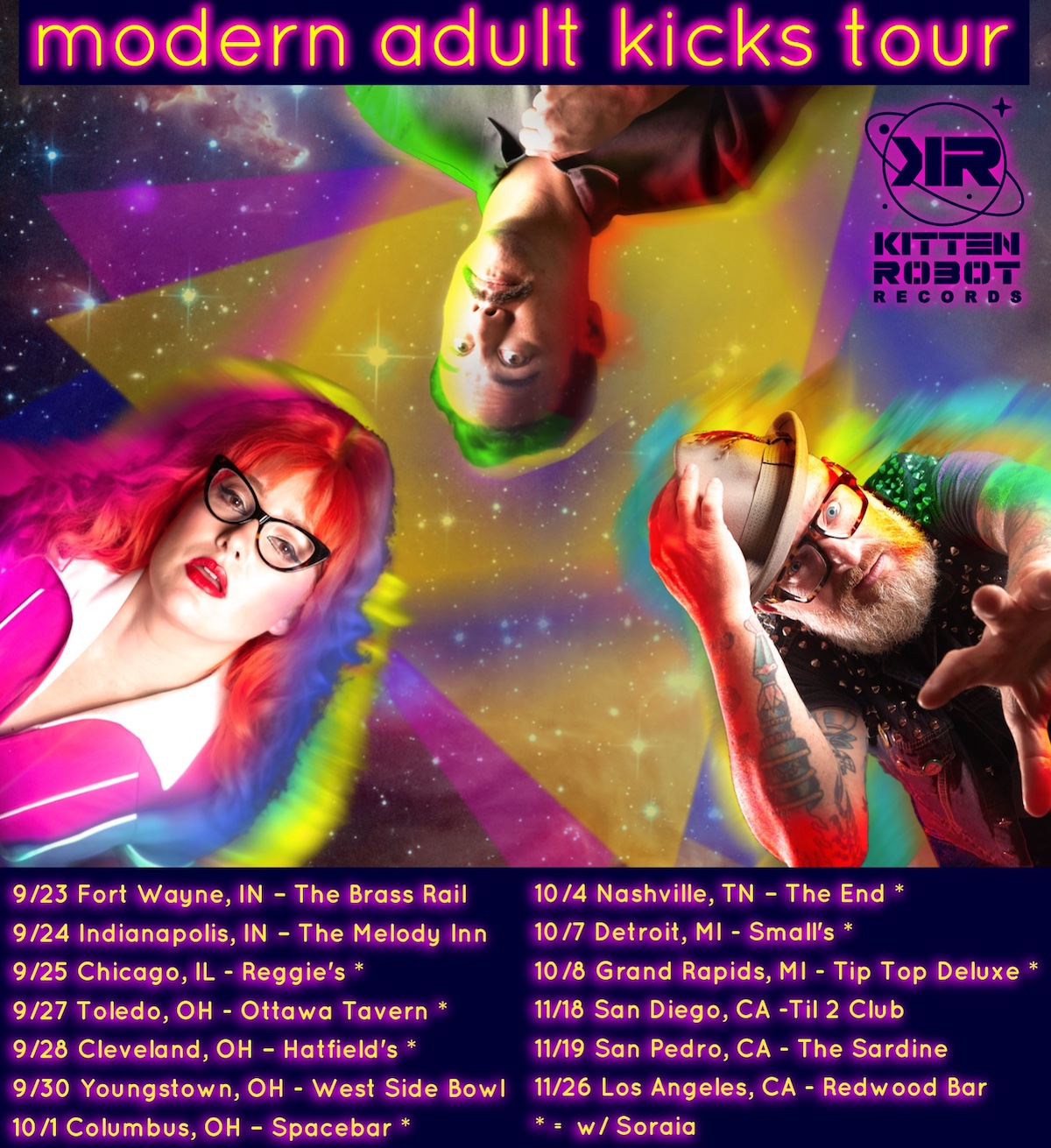 Hot off the heels from making the move from California to Detroit, power trio Hayley and the Crushers have announced their Modern Adult Kicks tour. Kicking off in Fort Wayne, IN on September 23, the tour will feature Wicked Cool Recording Artist Soraia as a co-headliner for select shows and will visit Chicago, Cleveland, Columbus, Nashville, Detroit and more before concluding on November 26 in Los Angeles.