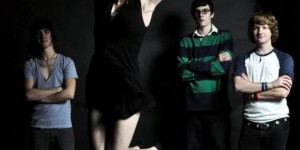 Beautiful Tuesday has released their new music video for “(I’ll Prove You) Something More” This song is part of their campaign, YouAreSomethingMore.com. Through that, they hope to raise awareness about bullying wether it be at school or online. Read about it below and check out their website!

The “it” we are talking about, is bullying. Bullying is becoming more and more common, and occurs in many forms including physical, verbal, and most recently: “cyber” abuse online. Both children and adults have grown to believe that bullying is unavoidable, and that it is a part of growing up, and often times kids are too embarrassed to tell anyone because they feel threatened, or that they are not good enough. But none of this is true. No one should ever grow up feeling like they are less important than anyone else, or that they don’t fit in. However, bullying does not only affect children at school, but adults as well. This growing problem can be seen in the workplace, at home, in public, and as previously mentioned, over the Internet. Verbal and emotional attacks that may seem minuscule and foolish can often have a lasting effect on the victim. Stereotypes and cultural differences aside, we are all created equal and that is the bottom line. Our goal is not just to raise awareness about this problem, but also to give hope to those who need it most. We want to make those who have been victimized in the past, present, and even the future, understand that they are loved, and are just as worthy as everyone else.

You ARE something more.
And we want to show you.